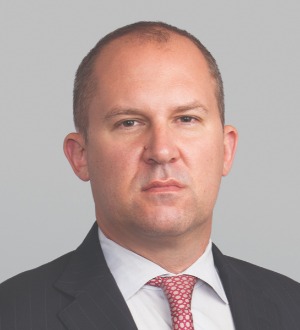 Navigate to map location for Jon R. Fetterolf Visit the website for Jon R. Fetterolf at https://www.zuckerman.com/people/jon-r-fetterolf
Your comment has been submitted!
We have encountered an error and are unable to process your comment at this time. Please refresh the page and try again later.
Add Comment
In making your comments, please do not refer to a pending legal matter.
Share My Profile
Post on Social

Jon represents companies and individuals under criminal investigation for antitrust violations, bribery, money laundering, and a variety of other types of financial fraud, including tax, securities, accounting, and government contract fraud.

He conducts corporate internal investigations relating to possible violations of the Foreign Corrupt Practices Act (FCPA) and the Office of Foreign Assets Control (OFAC), including representing a Fortune 100 company in a resolution with the DOJ and the SEC relating to alleged FCPA violations. Jon also counsels companies on anticorruption issues, including assisting in acquisition due diligence, vetting third-parties, in addition to assisting them in developing corporate compliance plans to address FCPA and OFAC risk. He also regularly speaks on panels relating to anticorruption issues.

Jon also represents companies and individuals in a variety of civil enforcement proceedings and internal investigations, including investigations conducted by the SEC, various congressional committees, and other federal and state regulators, with a particular emphasis on antitrust, financial, and accounting fraud violations.

In his civil practice, Jon focuses on complex commercial matters, with a particular emphasis on antitrust litigation. He has represented corporations and individuals in multidistrict litigation, class action proceedings, and other complex litigation matters in numerous state and federal courts, as well as in international and domestic arbitration proceedings.

Jon has significant experience in representing athletes and other public figures in a variety of litigation matters, including numerous matters that garnered significant media attention. He also represents a number of athletes, including baseball, basketball, football and tennis players in arbitration matters stemming from the governing bodies of their respective sports.

As an MLB-certified agent, Jon represents players and coaches in contract negotiations, salary arbitrations, and free agency, as well as negotiates numerous endorsement and marketing contracts on their behalf. Among his clients are two major league players recognized among the 10 smartest athletes in professional sports by Sports Illustrated, as well as one current MLB manager.

Jon has represented players appearing before congressional committees; represented players under investigation by Major League Baseball; advised numerous players and their families regarding their selection in the MLB first year player draft, including a number of high-round selections; and advised amateur athletes and their families on NCAA eligibility issues. Jon also represents sports agencies, agents, and former players in a variety of litigation matters, including salary arbitration proceedings, fee disputes and civil litigation. 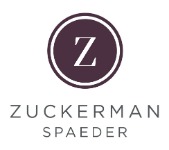