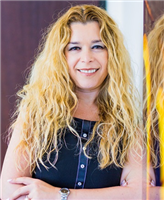 A brilliant young engineer has the drive and entrepreneurship to rewrite multiple global industries and transform the world’s economy. An exceptional designer possesses the resolve and creativity to reimagine the fields of art and fashion.

But they both have a similar problem.

He is a Chinese foreign national who has always dreamed of pursuing his ambitions in the United States, but after obtaining advanced degrees from America’s premier research universities, his H-1B petition to work at a Silicon Valley tech startup was not selected in the annual H-1B lottery. She has studied at the finest institutes in Europe and has already amassed an astonishing portfolio back home in France, but her O-1 petition to work at a leading New York fashion house has recently been rejected. He now is forced to return to his home country, where he will be a big fish in a small pond and have no trouble finding a job. She will no doubt continue to nurture a groundbreaking career in her native country.

While both will be successful, the achievements that are inscribed in their futures may take longer to reach, and the fruits of this next Elon Musk and Vera Wang will not ripple across our economy in the U.S. as they could have.

It happens nearly every day.

As an immigration lawyer who handles a high volume of extraordinary ability visas for the world’s elite in entertainment, arts, and sciences, I witness firsthand how the U.S. is hemorrhaging critical talent in today’s increasingly restrictive immigration environment.

It does not have to be this way.

As a bastion for the best and the brightest, the U.S. has long been enriched by the talent and dedication of immigrants. According to one study, two out of five Fortune 500 companies have been founded by immigrants or the children of immigrants. Immigrants are not only forging major U.S. industries, they are also a vital part of small businesses, the backbone of the American economy. These engaged and energetic individuals create jobs for millions of native-born Americans, allowing countless families to pursue the American dream alongside them. Just as importantly, they ensure our country’s economic security, and by extension, our national security in a world filled with escalating threats.

As well as the economy is doing, it could be doing much better. A roaring stock market and projections of higher GDP cannot mask the fact that the U.S. is facing an unsustainable debt that could cripple our long-term prospects in the absence of any economic backstop. The American economy has long been fueled by innovation, but what era will follow the age of computers and the internet? If biotechnology and the health sciences indeed represent the next transformative chapter of American ingenuity, we will need immigrants to write it, just as they have written nearly every chapter of innovation before it.

We cannot afford to expel or restrict these indispensable minds from our shores, only to watch as they return or stay home and help their countries compete against us. This makes little economic sense, especially for this gifted class of immigrants that gives far more to our nation than they take from it.

Yet even in the current constricting environment, there is a silver lining to the looming clouds. The immigration law community is a sword that has been through the fire many times. The best practitioners are now adopting new strategies to skillfully navigate this environment, just as they have done during other difficult periods. We are also becoming more proactive in conveying the crucial place that our clients have in both the American economy and in our society. Their stories are our stories, and how we continue to write them will ultimately determine if our nation’s future is filled with peril or promise.

Rita Sostrin is a partner at Sostrin Immigration Lawyers, LLP in Los Angeles, CA. Ms. Sostrin has become known as one of the leading experts in immigration law matters for individuals of extraordinary abilities, including artists, entertainers, academics, and physicians. She frequently receives invitations to speak on advanced immigration law topics at national and regional conferences and to write for legal publications. Over the years, Ms. Sostrin has served in various leadership positions on behalf of the American Immigration Lawyers Association (AILA), including as chair of AILA’s California Service Center Liaison Committee, senior editor of Immigration Practice Pointers, and periodicals review board member for VOICE: An Immigration Dialogue and Inside Immigration.