Asylum-seekers have often sought out the United States and Canada as safe havens. Both countries have entered a joint policy known as the Safe Third Country Agreement. The agreement states that any person seeking refugee protection must make a claim in the first country they arrive in, unless they qualify for an exception to the Agreement. The request must be made at official ports of entry, otherwise they will be turned away.

Under the Trump administration, the United States has changed policy towards asylum-seekers. Refugees now must make a claim in a country along their journey before making a claim in the U.S.—or they will be barred from making the claim. As a result, asylum-seekers began trying to enter Canada at unofficial ports of entry. These refugees were then processed for asylum. Word quickly spread among asylum-seekers that a “loophole” was available at the Canadian border. To date, more than 50,000 asylum-seekers have been arrested at the border for crossing at unofficial entry points.

Why does this loophole exist?

The “loophole” is not a loophole at all. Canada and the United States specifically agreed that the Safe Third Country Agreement would only block refugee claims for people who present themselves at an official border point. Therefore, the Agreement itself allows refugees who cross at border points other than official ports of entry to claim asylum in both countries. This is part of the Safe Third Country Agreement, and refugees have been crossing the border at points other than official ports of entry since the agreement was implemented in 2002. The Agreement and international law allow them to do so. However, this phenomenon has attracted attention recently because of the higher numbers of people crossing at one particular area: Roxham Road in Quebec. This increase has been attributed to fears of unfair treatment of refugee claimants in the United States.

Can Canada unilaterally pull out of the Safe Third Country Agreement?

Clearly Canada can and should pull out of the Safe Third Country Agreement. The United States has become a hostile environment for refugees and can no longer be considered safe for those fleeing persecution in their home country. As the USA is not holding up their end of the agreement, Canada should withdraw from it on that basis.

To date, more than 50,000 asylum-seekers have been arrested at the border for crossing at unofficial entry points.

Although the term “loophole” has gained notoriety in the media, it is a misnomer as there are multiple exceptions to the STCA for many important reasons. The one referenced most frequently speaks to how the STCA does not apply to people who enter at marine ports or people who cross by land at non-designated points of entry. As far as I understand the various positions, the Liberal party has rejected calls to amend the STCA. The Conservatives have proposed that the entire U.S.–Canada border be declared a designated point of entry so that no one entering from the U.S. by land can claim protection. The NDP and Green Party proposed suspending the STCA because the American system has deviated from the standards of the Canadian system (e.g. the U.S. no longer allows protection from state-sponsored/permitted domestic violence, or state-sponsored/permitted gang violence).

It is undoubtedly a divisive issue and one that will be a challenge to navigate as a minority government. International conventions on protections aim to promote consistent international protections. When those standards are not applied consistently, domestic pressure mounts from all sides as do legal challenges. The ultimate aim must remain on individualized assessments with strict adherence to the protection of human rights.

What happens to an asylum-seeker once they are arrested for crossing at an illegal point of entry?

Many irregular border-crossers are not detained before they claim and in Canada, entry without the required permit/via is not considered a crime, but an administrative violation, so the term arrested does not apply in law. In any case, what happens to those detained depends on the particular case. Legally, most commonly the detention adds an additional layer of initial investigation and if cleared the normal process will resume. Other steps could come into play if for example identity cannot be confirmed and/or a ground of inadmissibility or ineligibility arises.

What happens to an asylum-seeker once they are arrested for crossing at an illegal point of entry?

Once arrested, they are subject to an admissibility examination by the Canada Border Services Agency. This includes a verification of their identity based on available documents and electronic records, as well as a thorough security check to ensure the claimant is not a danger to the public or ineligible from making a claim for having been convicted of a serious crime in the past.

Once all identity and security screenings are complete, the claimant may be found eligible to have their claim for protection assessed by a tribunal.

If an individual is processed rather than turned away, what does that mean for their chances at asylum?

An individual whose claim is accepted for processing must undergo a fulsome hearing before the Refugee Protection Division (RPD) of the Immigration and Refugee Board. The RPD will assess the claim on its merits, including any evidence regarding the claimant’s risk as well as country conditions documents, before deciding whether the individual is in need of Canada’s protection. If they are found to be in need of protection, they are allowed to remain in Canada. If they are found not to be in need of protection, subject to any appeal, they are required to return home to their country of origin.

Richard Vachon is honored as 2022 "Lawyer of the Year" in Montréal, Canada for Defamation and Media Law. 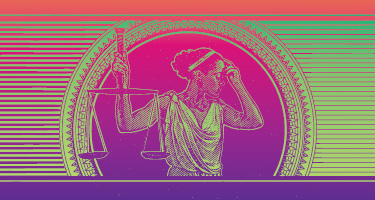