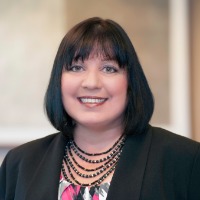 What is an H-1B? And why is there suddenly all the hype?

The Immigration and Nationality Act (INA) authorizes temporary employment of foreigners in a “specialty occupation,” requiring theoretical and practical application of a body of highly specialized knowledge and attainment of a Bachelor degree or higher in the specific specialty (or its equivalent) as a minimum for entry into the occupation in the United States.[1

The INA limits employment to six years; extensions are allowed under the American Competitiveness in the 21st Century Act (AC21)[2] if the lengthy green card process is underway. There is a cap of new 85,000 H-1B’s per fiscal year, including 20,000 U.S. Master’s degree visas. Congress authorized temporary increases (195,000/year) to meet U.S. employers’ unmet needs, including Y2K-compatible dating of computer systems using 19XX format. This legislation recognized there were not enough U.S. workers to bring these systems into Y2K compliance and represents the peak of the H-1B.

A U.S. employer must sponsor the foreign worker and is legally obligated to pay all costs associated with the petition, including legal fees. Filing fees range from $1710 to $2460, including a fraud-detection fee for random worksite visits by Immigration and Customs Enforcement and a mandatory fee dedicated to the training of U.S. workers. By law, these costs are business expenses to be paid only by the employer.

Certification of the H-1B salary is required from the U.S. Department of Labor via a “Labor Condition Application” (LCA).[3] This process seeks to protect U.S. workers’ wages by maintaining the average U.S. wage for that occupation. H-1B employers must sometimes increase the offered salary to meet DOL wage requirements, thus increasing the average U.S. wage. Violators of H-1B/LCA laws are subject to civil fines and debarment from H-1B sponsorship, as well as criminal charges where fraudulent abuse occurs.[4]

The H-1B petition/LCA is filed with the Department of Homeland Security (DHS) United States Citizenship and Immigration Services (USCIS). Upon approval, the worker abroad must apply for an H-1B visa at a consulate (Department of State) then seek admission through Customs and Border Protection.

Employers face multiple government agencies and high expenses to obtain highly-skilled H-1B workers to fill positions that they otherwise are unable to fill. It would be easier and cheaper for employers to hire U.S. workers; clearly there is a need. In FY2018, 199,000 petitions were filed for the available 85,000 spots, down from 236,000 in FY2017.[5] Due to extremely high demand, USCIS must distribute H-1B’s via a lottery. Although USCIS returns unused filing fees, legal fees are not contingent on lottery selection. Thus, this year, employers had about a 42.7 percent chance its petition would be selected and a 100 percent chance the legal fees have been earned.

Why all the hype?

Enter the smoke and mirrors.

In FY2017, USCIS issued a record number of H-1B requests for evidence (RFEs), questioning things like the wage (a DOL concern) and whether clearly professional occupations, such as engineers, are Bachelor degree-level positions. Per its November 29, 2017, report,[6] USCIS issued 43,276 more RFEs than FY2016 (up 8.1 percent), demonstrating its amazing efforts to “rigorously enforce” the laws.

In summary, 92.5 percent of H-1B petitions were approved in FY2017, down just 1 percent from FY2016. However, employer frustration is increasing dramatically, as are RFE legal fees. As well, DHS may soon severely limit statutory AC21 H-1B extensions[7] and revoke regulations authorizing employment of spouses of H-1B workers stuck in the green card backlog.[8] Thus, smoke and mirrors may become hard-hitting reality for U.S. companies, current/future H-1B workers, and their families, all of whom may decide to set up shop/seek employment outside the United States. And so begins the downfall of the H-1B.