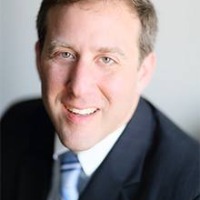 The most notable public perception of President Donald Trump and immigration policy has manifested in daily stories about deportations.

These heartbreaking pieces—parents detained and removed from their kids; husbands and wives permanently separated adults returned to nations where they have not lived since childhood—have served to humanize a crisis that went on long before the Trump administration.

However, the glaring difference between this administration and the previous one is the lack of prosecutorial discretion under Trump. The reason for the seemingly unending news of deportations has to do with the individuals now being removed from the United States.

For many years, Immigration and Customs Enforcement (ICE) followed guidelines to determine who should stay and who should go. A policy of discretion made sense based on humanitarian factors as well as proper use of government resources.

Since January 2017, ICE has been working with a virtual zero tolerance policy when handling cases of foreign nationals previously ordered deported but who have reasonable arguments to stay in the United States.

In addition to this inhuman treatment of noncriminals with close ties to America over long periods, Trump’s Department of Homeland Security is also acting in a manner that fails to exact justice. This numbers game looks good to people who oppose immigration. Throwing immigrants out also sounds right to them.

The reality is: abandoning prosecutorial discretion creates a mess.

Now we have more than 650,000 immigrants awaiting trial, and ICE adds more daily. Imagine a criminal justice system with no plea bargains. This is your immigration court across the nation.

In Chicago, the average wait time for a trial is over 1,000 days. Here in New Jersey, we are looking at more than two years, easily. My firm has certain clients in litigation for more than a decade. The state of Texas has 100,000 pending cases in its immigration courts.

And ironically, Trump is deporting fewer immigrants that President Barack Obama did.

From January to June 2016, Obama’s Immigration and Customs Enforcement deported 70,603 criminals. In the same timeframe in 2017, Trump’s “deportation force” removed 61,370.

All of the constant anti-immigrant rhetoric from Trump is particularly foolish considering his record as a businessman with a reliance on foreign labor.

Even now, Mar-a-Lago resort and the Trump National Golf Club, both in Florida as well as his golf club in New Jersey, sponsor immigrants to work on H-2B visas. These people hail from the very same countries where the President deports so many–albeit less than Obama.

Moreover, the Trump-supported RAISE Act is a bad piece of legislation that distorts the impact of immigration on the American economy. As the nonpartisan and independent CATO Institute just pointed out in a brand new study, “Immigration’s long-run relative wage impact on native-born American workers is close to zero.”

Kelly added that he did not wish to deport this group.

A year ago, Trump announced that an immigration plan would be delivered by April 2017, with “a lot of heart.”

he rescinded DACA. A punt to Congress.

We’re still waiting for a plan that looks like it has heart.