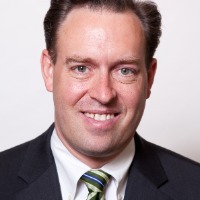 For many immigration lawyers, the new year brings with it a focus on H-1B visas. An H-1B is a visa for professionals that work in specialty occupations and is widely used by computer- and engineering-related occupations. Employers using the H-1B visa program must agree to pay H-1B workers the higher of either the actual wage that similarly situated employees with the company make or the prevailing wage for the occupation in the area of intended employment.

The Immigration and Nationality Act only authorizes a limited number of new H-1B visas each fiscal year, and we have consistently seen greater demand for these visas. To deal with this issue, USCIS places all applications received into a random lottery to determine which H-1B applications will be selected for processing.

For many immigration attorneys, 2017 saw a significant change in how H-1B applications were adjudicated by USCIS. The Trump administration took a much more stringent approach to adjudicating H-1B applications on their merits, presenting new challenges to H-1B practitioners. According to USCIS data, the number of requests for additional evidence jumped 45 percent in 2017 from the previous year. These requests often challenged the wage level and the employee’s qualifications for the and created a great deal of heartburn among immigration attorneys and their clients.

Building on the experiences from 2017, practitioners can take a few proactive steps to both off similar inquiries this year as well as to reduce the anxiety we saw last year. These can help not only to prepare but also to evaluate the overall strength of the H-1B petition before preparing and finishing an application. Among the steps the wise practitioner can take include the following:

With the continued presence of the Buy American Hire American Executive Order, practitioners should expect that that requests for evidence will continue to be issued. Prepare your clients in advance for this eventuality and help them understand that a request for evidence does not mean an automatic denial. In addition, if you plan to charge clients to handle these requests, it is wise to let them know in advance and ensure are written appropriately.

One of the biggest trends of 2017 was the Level 1 wage RFE. The prevailing wages issued by the Department of Labor list four wage levels from entry-level (Level 1) to highly experienced (Level 4). USCIS frequently questioned how a position paying a Level 1, entry-level wage could still qualify as a “specialty occupation.”

A critical tool to review when handling this is the Department of Labor’s guidance on determining prevailing wages.[1] This guidance includes worksheets that can be completed to ensure that the wage is appropriate and submitted with an H-1B application to show that the wage corresponds with the minimum qualifications of the specialty occupation.

In addition, it is wise to remind the adjudicator that work can be specialized and require a degree while still requiring oversight and approval by a more experienced practitioner. A task considered “routine” in a professional setting may still require a specific degree in order to complete the work appropriately, so craft the explanation carefully. For example, an entry-level engineer working on a construction project might be required to have her work reviewed and approved by a more experienced person with a “professional engineer” designation, and thus the engineering work done must be done under supervision. If the Level 1 wage is used, make an effort to show that the work is specialized but must still be supervised.

One area that also saw scrutiny was the tie between the position and the H-1B employee’s educational background. In one 2017 H-1B, we had the USCIS question whether or not our H-1B applicant with an industrial engineering degree was qualified to work as an industrial engineer. In an effort to head off this particular type of inquiry, an attorney can isolate the skills and tasks required in the performance of the position and point to some of the specific courses from the H-1B applicant’s transcript that prepared the worker to perform the task. This analysis can go a long way to show that the degree held does provide the specific preparation to perform the duties of the H-1B position.