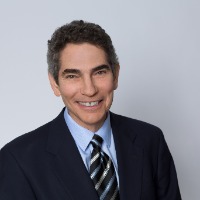 Last September, President Trump retracted the Obama administration’s executive order granting deferred action to undocumented immigrant childhood arrivals (DACA) and left their fate to Congress. The legislature has until March to determine the future of approximately 800,000 young people who grew up in the U.S. and are active contributors to our society. The U.S. has a long history of smart policy and smart compassion towards the vulnerable. Now is an important opportunity for bipartisan agreement to continue this legacy by allowing the so-called DACA Dreamers to remain.

The Dreamers were typically brought to the U.S. by their parents at the average age of six and a but were no older than 15 when they crossed the border. To qualify for DACA, the children must have continuously resided in the U.S. no less than 10 years. They also either must have been attending school, have graduated from high school, have obtained a general education diploma, or been honorably discharged from military service. Anyone with a felony offense or significant misdemeanor cannot qualify, nor can anyone presenting a threat to national security or public safety.

The Dreamers grew up here. They are a part of our American fabric, and America is their home.

Legalization for the Dreamers makes practical sense. The decision to legalize this group is consistent with the principle of prosecutorial discretion. When the task of enforcing our laws becomes nearly insurmountable, we logically start with the most egregious and threatening violators of the laws. The DACA group is at the opposite end of the spectrum: law abiders who have demonstrated no proclivity for wrongdoing, who go to school, and who work honestly. Dreamers came here innocently and know no other home. We can address the real problems first. DACA members are a symptom, but not the cause of our broken immigration system.

Legalization for the DACA group makes business sense. Many of America’s leading companies, trade associations, and other organizations support a legislative solution to DACA. This coalition, that together represents virtually every major industry in the American economy, has declared:

“Without an immediate, permanent legislative solution, roughly 800,000 Dreamers will be subject to immediate deportation from the country they grew up in. If Congress fails to act, our economy could lose $215 billion from the national GDP in Social Security and Medicare tax contributions. President Trump has recognized the need for action, saying that ‘hopefully now Congress will be able to help Dreamers.”

America has a long history of showing smart compassion toward the innocent. Since the 1940s, the executive and legislative branches and both Democrats and Republicans have suspended enforcement of immigration laws when banishment or denial of entry from the U.S. would cause gross harm to defenseless groups. At the end of World War II, President Truman used his executive authority to permit about 250,000 refugees from Europe to enter or stay in the U.S. outside of the normal immigration process. In the 1950s and 1960s under the Eisenhower, Kennedy, and Johnson administrations, about 900,000 Cubans were designated for special entry outside of the immigration process. President Ford aided over 350,000 Vietnamese with American ties. Presidents Carter and Reagan aided Cuban, Haitian, and Nicaraguan refugees, totaling about 350,000 people. Presidents George H.W. Bush and Bill Clinton aided about another 220,000 Salvadoran and Haitian refugees. Where special presidential edicts began an effort for protection, Congress often stepped up to solidify the arrangement with legislation he Displaced Persons Act of 1948, the Cuban Adjustment Act of 1966, the Indochina Migration and Refugee Act of 1975, and the Refugee Act of 1980.

When considering the real challenges in our immigration system, the DACA Dreamers stand out for being innocents that benefit this country. As Congress has done with other deserving groups over the decades, they can legislate a smart and compassionate solution.

David Berry is a founding partner in the San Francisco office of Berry Appleman & Leiden LLP. David’s practice has encompassed every aspect of international corporate immigration. David currently works with human resources and global mobility professionals to optimize their companies’ worldwide immigration programs. He guides strategies for forays into new countries and provides immigration plans for international mergers and acquisitions. He helps companies address the worldwide challenges of global compliance and has worked with major corporations to build out compliant visitor visa programs.