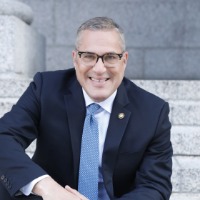 This past April the President signed the Buy American and Hire American (BAHA) Executive Order that directed the Department of State (DOS), Department of Justice (DOJ), Department of Labor (DOL), and the Department of Homeland Security (DHS), which oversee the U.S. Citizenship and Immigration Services (USCIS), to “suggest reforms” that would ensure “H-1B visas are awarded to the most-skilled or highest-paid petition beneficiaries.”[1] The order makes no immediate changes to the work visa program but instead instructs the federal agencies to “propose new rules and issue new guidance” and to supersede existing guidance “if appropriate.”[2]

The H-1B visa program is one of the most heavily used employment visas by employers in the United States. The program allows U.S. companies to temporarily employ foreign workers in specialty occupations, which include jobs in technology, engineering, science, architecture, accounting, and business, amongst others. Many of the most notable and profitable tech companies, including Microsoft, Google, and Apple, hire large numbers of H-1B workers. Each year, 85,000 (65,000 for individuals who possess at least a Bachelor’s degree in a specialized field of study, and 20,000 for individuals who possess at least a Master’s or higher degree issued by a U.S. college or university) H-1Bs are available to companies, according to a ceiling set by Congress. The visa remains valid for three years with extensions available for up to six years. H-1B holders who have begun the employment-based green card process can renew their visas indefinitely under certain circumstances. Although it is difficult to determine exactly how many people in the U.S. are currently on H-1B visas, analysts estimate there around 650,000 to 900,000 recipients. [3]

USCIS and DOS officials are more closely scrutinizing H-1B visa petitions and have been denying the petitions and H-1B visa applications more frequently since the issuance of BAHA. Foreign nationals already in the United States whose employers wish to extend their visas are also facing challenges. From January to August 2017, the number of requests for evidence (RFE) issued by USCIS on H-1Bs petitions increased by 44 percent when compared to the same period last year.[4] Furthermore, for the first two months of October and November 2017, 86 percent and 82 percent of H-1B petitions were approved, compared to 93 percent and 92 percent for the same period last year.[5] Ben Johnson, executive director of the American Immigration Lawyers Association comments, “The goal of the administration seems to be to grind the process to a halt or slow it down so much that they achieve a reduction in legal immigration through implementation rather legislation.”

Another recent change to employment-based petitions is the newly required interview. As of October 1, 2017, USCIS began conducting in-person interviews of applicants who apply to adjust their status to that of permanent resident based on an approved immigrant petition (Form I-140). Visa holders who are derivative beneficiaries of the principal (spouse and children under 21 years of age), refugees, or asylees have also been required to undergo in-person interviews when they apply for lawful permanent residence.

Although the in-person interview is not a new procedure, the USCIS has been waiving the interview requirement for nearly all employment-based adjustment of status applications because the interviews tended to cause a significant backlog in case processing and waste valuable resources (personnel, time, and funding). According to the USCIS Office of Public Engagement (OPE), which held a teleconference on October 11, 2017, entitled “Expanded Use of In-Person Interviews,” applicants for adjustment of status should expect significantly longer processing times as the USCIS begins scheduling applicants and their derivative beneficiaries for interviews.

As an employment-based immigration firm, our clients have faced a heightened number of H-1B RFEs as well as scheduled interviews for their adjustment of status applications. These policy changes have and will continue to cause significant disruption and hardship for many individuals. Employers wishing employees through the H-1B program may be forced to hire unqualified workers or wait indefinite periods for their employees to receive work authorization. For those required to attend USCIS interviews, both the principal applicant and his/her spouse must now take at least half a day off from their jobs and those with children have lost at least half a day of school.

What BAHA fails to take into account, in addition to the issues raised above, is that individuals who enter the United States through any employment-based nonimmigrant visa have already undergone extensive vetting in order to secure the visa and enter the country. Requiring such individuals to undergo further scrutiny and extensive waiting periods will do little, if anything, to detect and prevent fraud or criminal activity. The expanded use of in-person interviews and scrutiny of the H-1B program will only serve to stretch beyond capacity the human capital, resources, and finances of an already overwhelmed and under-supported immigration system.

Michael J. Wildes is the managing partner of Wildes and Weinberg, P.C. Mr. Wildes is a former federal prosecutor with the United States Attorney’s Office in Brooklyn (1989–1993). Mr. Wildes has testified on Capitol Hill in connection with anti-terrorism legislation. He is an adjunct professor at the Benjamin N. Cardozo School of Law in New York and teaches business immigration law. From 2004 through 2010, Mr. Wildes was also the mayor of Englewood, New Jersey, where he resides. Wildes and Weinberg, P.C. has offices in New York, New Jersey, and Florida and Los Angeles by appointment only. If you would like to contact Michael Wildes please email him at michael@wildeslaw.com and visit the firm’s website at www.wildeslaw.com.

The Joint Employer Threat to the Franchise Distribution Model