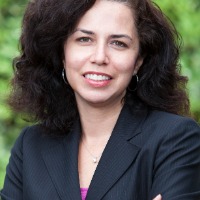 The H-1B is a temporary work visa that allows foreign nationals to work in the U.S. in specialty occupations. The H-1B category has undergone significant changes recently, and more are anticipated in 2018.

To qualify for an H-1B, the position must be a specialty occupation, the foreign national must possess the required degree or its equivalent, and the employer must agree to pay the prevailing wage for the position. There are only 85,000 new H-1Bs that can be issued each year. Since the demand for H-1Bs has far exceeded the number available, the U.S. Citizenship and Immigration Service (USCIS) created a lottery system for H-1B numbers.

Some changes that have already occurred include:

A dramatic rise in requests for evidence (RFE).

An RFE is issued when USCIS requires additional documentation or information to render a decision on a case. There has been a 44 percent increase in the number of RFEs issued in 2017 as compared to the year before. It is reported that 2017 had the highest number of RFEs issued since USCIS began providing such data. Many of the RFEs question the wage level used for prevailing wage purposes or if the position is a specialty occupation.

H-1B denials of the rise as well.

H-1B extensions subjected to the same level of scrutiny as initial petitions.

USCIS issued updated guidance instructing officers to apply the same level of scrutiny to initial H-1Bs and extension requests. Prior policy was for officers to give deference to the findings of a previously approved petition, as long as key elements were unchanged and there was no evidence of fraud or material error in the prior determination.

Under the current administration, we anticipate further changes to the H-1B program which may include:

the dependent spouse of an H-1B worker in the employment-based green card process may be eligible to apply for an employment authorization document (EAD). There is ongoing litigation challenging the legality of this H-4 EAD regulation. In addition, DHS published an agenda item, “Removing the H-4 Dependent Spouse from the Class of Aliens Eligible for Employment Authorization” in the fall 2017 regulatory agenda. The agency intends to amend the original H-4 EAD rule and proposes removing it pursuant to the Buy American, Hire American Executive Order. Unfortunately, details regarding what will happen to current EAD holders or an exact timeframe for actions to occur is not yet known.

Revising the definitions of specialty occupation, employment, and employer/employee relationship.

DHS is proposing to revise the definition of specialty occupation to focus on the “best and brightest foreign nationals.” The agency also proposes to redefine H-1B employment and what qualifies as a valid employer/employee relationship to “better protect U.S. workers and wages.”

USCIS created the Office of Fraud Detection and National Security (FDNS) to detect, deter, and combat immigration benefit fraud and to ensure benefits are not granted to persons who threaten national security or public safety. In furtherance of the Buy American, Hire American Executive Order, we anticipate that there will be an increase in H-1B site visits to protect the integrity of the H-1B program.

The coming year will be one of change for the H-1B visa category. While there are legitimate concerns about particular aspects of the H-1B program, it is important to understand that it provides U.S. employers with a viable option for employing highly talented individuals from around the world, which can only further strengthen the U.S. economy and our society as a whole.