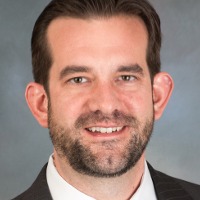 To little surprise, the past calendar year, which coincided with the first full year of President Trump’s new administration, brought significant change to employment-based U.S. immigration. In this article, we will briefly review some of the changes that employers and employees have seen in 2017 and provide some thoughts as to what to expect in 2018.

First, the administration announced the termination of the Deferred Action for Childhood Arrivals program, known as DACA, this past September. DACA provided an avenue for foreign nationals who were brought without authorization to the United States as children, provided that certain other requirements were met, to obtain the temporary right to live and work in the United States. The final round of DACA renewals were required to be submitted on October 5, 2017, and no further extensions are to be granted. Barring some change in these developments, employees who gained work authorization through DACA will be left unable to extend their most recent work authorization beyond its current expiration date. As a result, and in order to avoid unauthorized employment, employers must continue to carefully monitor employment expiration dates for DACA participants, as they would with all employees.

Second, there are a handful of temporary/nonimmigrant employment visas available in the United States. One of these is the H-1B specialty occupation visa. Because demand for this visa category exceeds the available supply of visas (20,000 visas for those with U.S. earned Master’s degrees or above, and 65,000 “regular” Bachelor’s level visas, regardless of where the degree was gained), an annual lottery for these visas is held each April. In addition to these limited numbers, this past year was marked by a significant increase in what are known as Requests for Evidence (RFEs) in which the United States Citizenship and Immigration Services (USCIS) requests additional evidence regarding applications.

Specifically, the number of RFEs from January 1, 2017, through August 31, 2017, jumped almost 45 percent over the prior year. As a result, it is also expected that the corresponding H-1B approval rate will drop.

It remains to be seen what impact, if any, this change in processing by USCIS will have on the upcoming H-1B lottery to be held this April 2018.

In addition to the above, the Department of Homeland Security announced changes to the Temporary Protected Status program (TPS). TPS provides a time limited approval for nationals of certain countries beset by calamities, such as natural disasters or political unrest, to remain in the United States and work on a temporary basis. The list of TPS countries is reviewed periodically. This year, the administration announced that it would be terminating TPS for nationals of Haiti, Nicaragua, and El Salvador. As a result, employees of those countries working in the United States under TPS authorization may have either already lost their employment authorization in the U.S. or may lose it shortly.

A series of high-profile legal battles were fought over travel bans to the United States. The Trump administration proposed no less than three separate bans, which were each the subject of litigation, through which numerous parties, including several states, sought to invalidate the bans. Most recently, portions of one ban have been upheld by the Supreme Court, under which the administration sought to limit admissions for nationals of countries including, but not limited to, Iran, Libya, Syria, Yemen, Somalia, Chad, and North Korea. Employers, particularly those involved with business travel from the included countries, should continue to update themselves regarding the status of these travel bans.

In addition to these changes from 2017, which are of course expected to continue to impact U.S. immigration into 2018, there are a number of proposals that could result in significant changes to employment-based U.S. immigration for 2018. First, it is anticipated that the administration may seek to limit certain forms of temporary work authorization. For example, spouses of H-1B visa holders, who hold H-4 visa status, and where the H-1B visa holder is also the recipient of an immigrant visa petition/I-140 approval have been able to obtain temporary work authorization in the form of an Employment Authorization Document (EAD). It is anticipated that the administration may seek to rescind the H-4 EAD, which would result in the loss of employment authorization to employees currently working under that status. As a result, it will be prudent for employers and employees to speak with qualified counsel to consider what visa options might be available to the H-4 EAD holder.

Foreign students in the United States who have graduated from a university in F-1 visa status are eligible to receive a 12-month employment authorization through Optional Practical Training following the completion of their Bachelor degree, with the potential of an additional 24-month extension if their degree is on an approved list of STEM (science, technology, engineering, and mathematics) fields. The administration may seek to limit the 24-month STEM extension, and, potentially, the 12-month OPT extension that precedes it. As a result, employers with employees in this visa status should consider other employment-based options that are available to these employees, including, and in particular, the H-1B visa lottery that will be held in April 2018.

Lastly, certain H-1B visa holders who have obtained approval on an employment-based immigrant visa petition have been eligible to obtain what is known as the seventh year extension, or extensions beyond the two- or three-year terms, that are typically available to the H-1B visa holder. It is believed that the administration may seek to limit the ability of H-1B visa holders to obtain extensions beyond their first six years of H-1B visa status. To avoid this possibility, employers should consider whether to file for an H-1B extension while it is still available and whether to sponsor their foreign national employees for permanent resident status in the United States, also known as the green card, as early as possible.

It is important to note that all the changes outlined above—the ones that actually took place in 2017 and the ones that may take place in 2018—have been and are expected to be made not through the legislative process, but rather by through executive actions of the administration, either through a reinterpretation of existing law at the agency level or through the exercise of executive orders under the authority of the president. As we’ve seen, even where changes are made without the involvement of Congress, such executive action can be challenged in the courts. However, and while such further challenges can be expected, it would be prudent for employers and their foreign national employees to consider taking proactive steps to avoid the impact of any such additional changes in the future.