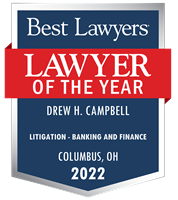 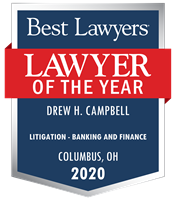 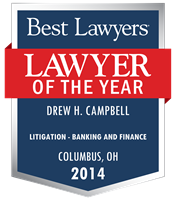 His representation includes the defense of class claims asserting violations of premium tax collections laws in the Commonwealth of Kentucky; defense of class claims against a specialty financier arising from a shareholders derivative suit; defense of consumer class action challenging the business practices of a specialty lender; recovery of $5 million in damages for breach of an energy supply agreement; prosecution of fraud and contract claims against a California-based health care provider on behalf of a specialty financier; prosecution of an individual officer of a Texas-based company on behalf of a specialty financier; prosecution of contract and tort claims against an Illinois-based fiduciary trust institution; and defense of fraud and RICO claims asserted against a lender and lender’s officers in $30 million multi-state lender liability litigation involving the collapse of nursing homes in 13 states.

Drew was appointed as special litigation counsel for the estate of National Century Financial Enterprises, Inc., in connection with the collapse of NCFE’s $3 billion bond issuance and has been involved in numerous engagements on behalf of lenders and financiers located throughout the United States. He also served as a law clerk for Judge Joseph P. Kinneary, for the United States District Court, Southern District of Ohio, Eastern Division. 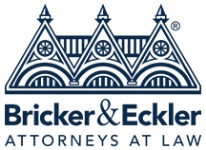 55 The Best Lawyers in America® awards

10 Best Lawyers: Ones to Watch® in America awards