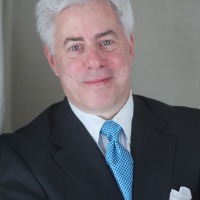 On June 19, the U.S. Supreme Court dealt a blow to mass tort suits against out-of-state defendants, clarifying again the constitutional limits on specific jurisdiction over foreign corporations. In Bristol-Myers Squibb Co. v. Superior Court of California, the Court held eight to one that California state courts had no jurisdiction to hear claims of non-California residents against Bristol-Myers Squibb Co. (BMS), a Delaware corporation headquartered in New York. In so ruling, the Court confirmed that states may not expand the scope of specific jurisdiction to circumvent the limits on general jurisdiction announced in the Court’s seminal 2014 decision in Daimler AG v. Bauman.

The case arose out of eight complaints filed in California state court by more than 600 plaintiffs where only 86 were California residents. The claims all centered on BMS’s blood-thinning drug Plavix, which it sold and marketed nationwide.

The California Supreme Court held this slim connection enough for specific jurisdiction. Applying a so-called “sliding scale approach,” the four to three majority found jurisdiction based on BMS’ “extensive contacts with California”—namely, its sales of 187 million Plavix pills to California consumers. The majority stressed the fact that “[b]oth the resident and nonresident plaintiffs’ claims” were based on the “misleading marketing and promotion” of “the same allegedly defective product.” This “common nationwide course of distribution,” it explained, satisfied the specific-jurisdiction requirement that the claims have a “substantial nexus” with the defendant’s California contacts. Three justices dissented, cautioning that the majority’s “sliding scale” approach risked “expand[ing] specific jurisdiction to the point that … it becomes indistinguishable from general jurisdiction”—contravening important constitutional limits.

Siding with the dissenters, the U.S. Supreme Court held that the California court had erred in finding specific jurisdiction over non-resident plaintiffs’ claims based on Plavix sales to resident plaintiffs. Justice Samuel Alito explained that “[w]hat is needed—and what is missing here—is a connection between [California] and the specific claims at issue”—that is, those of the non-residents who did not buy Plavix or suffer in California. The fact that the 86 California plaintiffs also bought Plavix did nothing to create specific jurisdiction over their claims. Neither did BMS’ other “unconnected activities” in California. In so reasoning, Justice Alito emphasized that the Due Process Clause did not concern itself only with the burden of hauling a defendant into a distant forum, but also with principles of federalism: even where the forum state has an interest in the litigation and is convenient for the defendant, due process may require divesting the state of its power to render a judgment.

Although the outcome is not surprising, Bristol Myers Squibb is nonetheless a cogent defense of the important distinction between specific and general jurisdiction, as expounded in Daimler AG v. Bauman, 134 S.Ct. 746 (2014). In Daimler, the U.S. Supreme Court rejected the argument that a corporation is subject to general jurisdiction in any forum where its sales are “sizable” or where it otherwise “engages in a substantial, continuous, and systematic course of business.” To the contrary, “only a limited set of affiliations with a forum” will create “all-purpose jurisdiction” there: for most corporations, only the place of incorporation or principal place of business.

The California Supreme Court’s “sliding scale,” in contrast, suggested that a foreign corporation’s sales into the forum state could alone create specific jurisdiction if part of a “common nationwide course.” This decision thus restores clarity by instructing that such contacts do not create specific jurisdiction where (1) the plaintiffs did not buy the products or suffer in the forum state, and (2) the conduct giving rise to their claims did not occur there.

Justice Sotomayor, in dissent, expressed concern that the decision “may make it impossible to bring certain mass actions at all.” But a more likely trend would seem to be a shift to states in which plaintiffs can easily assert general jurisdiction and fewer nationwide class actions in plaintiff-friendly courts.

Clifford J. Zatz, a partner at Crowell & Moring, is a trial lawyer in the firm's mass tort, product, and consumer litigation group. He has litigated product liability, toxic tort, environmental, wrongful death, breach of contract, intellectual property, and cases of emerging risks such as online defamation and cyber security. He has been named to The Best Lawyers in America© in Mass Tort Litigation/Class Actions – Defendants annually since 2008.

Josh Thomas Foust, a counsel at Crowell & Moring, is a member of the firm’s litigation and mass tort, product, and consumer litigation groups. His practice is focused on class action defense, consumer fraud and false advertising actions, complex commercial litigation, and financial services and securities litigation.