2017-07-11 2017-07-11 Offensive trademark registrations can be registered, regardless of how offensive they may be. Best Lawyers 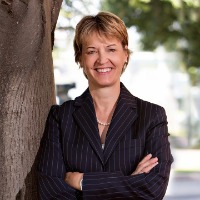 On June 19, 2017, the United States Supreme Court settled the issue of whether an offensive name—in this case, an Asian-American rock band called “The Slants”—can properly be registered as a trademark. The Court’s conclusion? Offensive trademark registrations can be registered, regardless of how offensive they may be.

This issue reached the Supreme Court after a nearly eight-year legal battle between The Slants and the United States Patent and Trademark Office (USPTO). The effects of Monday’s unanimous ruling in v. Tam will spread beyond the walls of the next Slants concert, as the Supreme Court held that the disparagement clause of the federal Lanham Act violates the Free Speech Clause of the First Amendment. The fundamental constitutional principle that private speech may not be denied or banned because it expresses offensive ideas is now extended to trademark registrations.

A brief background on the dispute: in 2011, Simon Tam, the founder of The Slants, applied for federal trademark registration for the band’s name. The band acknowledged that it chose the name to “reclaim” and “drain [the] denigrating force” of the word “slant” as a derogatory term for Asian persons. The USPTO denied the application under the disparagement clause, which (at the time) prohibited the registration of trademarks that disparage “any persons, living or dead, institutions, beliefs, or national symbols.” The USPTO concluded that there was a substantial group of people who could find the trademark and canceled the mark. The United States Court of Appeals for the Federal Circuit held that the disparagement clause was unconstitutional, prompting the appeal by the government.

The Supreme Court first had to decide whether federal trademark registration fell under the label of “government speech,” as the government claimed. The Court held that federal trademark registration does not fall into the category of government speech. To the contrary, the Court held that trademarks are private speech rather than government or even commercial speech. Thus, the registration, regardless of its offensive nature, is fully protected by the Free Speech Clause of the First Amendment, and the restrictions of the disparagement clause of the Lanham Act are unconstitutional.

The Justices were clearly concerned about the government’s claim that a trademark is “government speech” and can, therefore, be regulated. Justice Alito wrote, “If private speech could be passed off as government speech by simply affixing a government seal of approval, government could silence … the expression of disfavored viewpoints.” Justice Alito also remarked that that Section 2(a) of the Lanham Act is “not an anti-discrimination clause; it is a happy-talk clause.”

A similar and highly publicized case concerning the 2014 cancellation of the Washington Redskins’ trademark registration pending the outcome of v. Tam. Many believe this decision will pave the way for the Redskins to successfully regain its trademark registration. With this decision, bands like The Slants and football teams like the Redskins may no longer have an issue registering or maintaining their trademarks, regardless of whether those trademarks are considered “disparaging” by some (or even most).

While companies and individuals seeking trademark registration are now free to register offensive marks, they should still remain mindful of the court of public opinion. If the goal in registering your mark is to protect your brand, you should make sure your brand is worth the effort.

Carol Steinour Young is a member the litigation, injunction, and intellectual property practice groups of McNees Wallace & Nurick LLC. She is based in Harrisburg, Pennsylvania, and can be reached at csteinouryoung@mcneeslaw.com.

Emily Hart is an associate in the intellectual property practice group at McNees Wallace & Nurick LLC. She is based in Harrisburg, Pennsylvania, and can be reached at ehart@mcneeslaw.com.

Alex Snell is a summer associate with McNees Wallace & Nurick LLC and assisted with writing this article.