When Jack Cooper developed metastatic bladder cancer after taking the medication Actos, I had to make the choice of joining a federal MDL proceeding against Takeda Pharmaceuticals or pursuing his case and others like his in state courts. I chose to pursue the cases in state courts because, as one federal judge stated, “MDL practice is slow—very slow.”[1] Slow wasn’t going to work for these clients, and I was confident that with increased productivity from advances in technology, our firm could handle this major mass tort case without assistance from the multiple firms in the MDL proceedings.

Just as technology has helped even the playing field between plaintiffs and large corporate defendants, the recent BMS Supreme Court decision threatens to turn back the clock. By severely limiting a plaintiffs’ choice of forum in state courts, Bristol-Myers threatens to further consolidate cases in federal MDL proceedings. For the state court option to be economically viable, the majority of our cases need to be filed in various state courts. Otherwise, those cases would automatically be subject to a substantial common benefit fee paid to the MDL attorneys and we would be deprived of adequate compensation. The ability to avoid an MDL fee incentivizes plaintiffs firms to push for and try cases in state courts, thereby creating pressure for defendants to settle. Having several different plaintiff firms litigating in various venues promotes diversity of litigation tactics thereby increasing creativity, innovation, and benefiting the litigation as a whole.

Aside from sufficient and viable state venues, it will become very difficult for a firm to again operate outside an MDL proceeding. Such heightened consolidation can be of great benefit to defendants and relieve settlement pressure. The consolidated proceeding creates a bottleneck where only a limited number of plaintiff attorneys can control and actively work on the litigation. Law firms that otherwise would have contributed their skills and knowledge in litigating state cases may now be sidelined. Completely consolidating cases in an MDL further “declaws plaintiffs … by depriving them of the weapon that pressures a defendant to pay a reasonable amount in settlement: the threat of forcing an exchange at a price set by a jury.”[2]

Having only one consolidated proceeding can also distort how different patients are treated in global settlements. The initial bellwether trials in MDLs are typically handpicked by the lead attorneys and tend to be the plaintiff with the least amount of risk factors for the injury at issue. Therefore, these bellwether plaintiffs aren’t representative of the total client pool. In our state, Actos trials tried cases that were more reflective of the client pool. Those clients included several former smokers.

Because smoking is a leading risk factor for bladder cancer, it was thought that these clients would lose at trial. By actually trying the case, we found that juries really didn’t have a problem with a smoking history. Having a past smoking history was actually helpful in some respects. Evidence showed Actos was a tumor promotor, so it made sense that another chemical had to cause some initial cellular damage that was amplified by Actos. Most jurisdictions require only that the product was a substantial contributing factor in causing cancer so we could embrace smoking history as part of the theory of our case. We even started moving for and winning summary judgment on any contributory negligence claims involving smoking. Our success at trial with past smokers paved the way for a fair settlement for these clients.

BMS leaves room for interpretation as to the role of a co-defendant’s domicile in establishing jurisdiction, so the scope of the decision will be battled out in the years to come. Hopefully, the courts will opt for a narrow reading of BMS and allow for more firms to actually innovate and litigate mass tort cases outside of MDL proceedings.

Jeffrey Travers is an associate attorney focusing his practice on mass torts, pharmaceutical litigation, and products liability. Mr. Travers received his B.A. degree from the College of William and Mary and received his J.D. from Northeastern University School of Law. Prior to joining The Miller Firm in 2008, Mr. Travers gained experience in civil litigation as a law clerk for the National Whistleblower Center; Bernabei & Wachtel (an employment law firm); Northeastern University’s Office of Legal Counsel; and the U.S. Virgin Islands’ Department of Justice.

For 30 years, Michael J. Miller has been in the private practice of representing those injured and aggrieved in cases of personal injury. He received his undergraduate degree in political science from the University of Maryland in 1975. Immediately following, he pursued his legal degree from the University of Baltimore, receiving his Doctor of Jurisprudence in 1978. He was first admitted to practice law in Virginia (1979), then Washington D.C. (1985), Maryland (1986), and Pennsylvania. 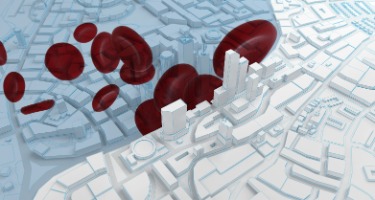