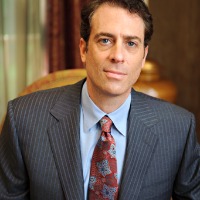 The mass marketing and distribution of products on a national scale businesses to maximize efficiencies, benefit from economies of scale, and leverage recent technological advances. However, the Supreme Court’s recent decision in Bristol-Myers Squibb (BMS)[i] makes clear that, while 21stcentury economic activity often transcends state and even national boundaries, litigation arising out of harm caused by such products remains hemmed in by 20thcentury jurisdictional barriers. Going forward, attorneys involved in mass tort litigation with parties must reassess where to file and how to structure such claims in light of BMS.

The growth of mass tort litigation tracks with industries’ shift to mass marketing and distribution of pharmaceutical and consumer products on a national scale.[] The movement and sale of products frequently state boundaries. Faced with this economic reality, some state courts determined that, when adjudicating mass tort claims filed by state residents, the state also had jurisdiction over near-identical claims of plaintiffs arising from a common product and conduct of a defendant—and in doing so sought to avoid piecemeal litigation, decrease inconsistent outcomes, and conserve judicial resources.

[T]he must aris[e] out of or relat[e] to the defendant’s contacts with the forum … [T]here must be an affiliation between the forum and the underlying controversy, principally, [an] activity or an occurrence that takes place in the forum State… The mere fact that other plaintiffs [in the mass tort litigation] were prescribed, obtained, and ingested Plavix in California—and allegedly sustained the same injuries as did the nonresidents—does not allow the State to assert specific jurisdiction over the nonresidents’ claims (emphasis by court).[v]

In short, the BMS court instructs that when a group of individuals from various states to obtain the benefits of aggregating their claims in state mass tort litigation, they must file in a forum that has general jurisdiction over the defendant to avoid jurisdictional pitfalls. And the court recently narrowed general jurisdiction to forums where a defendant was incorporated or its principal place of business.[vi] Consequently, future mass torts are likely to be filed in states where certain industries have concentrated. For example, New Jersey is likely to see an increase in personal injury lawsuits related to pharmaceutical products because a dozen pharmaceutical manufacturers maintain their principal places of business in the state.[vii]

However, filing mass torts in a defendant manufacturer’s “home” forum does not resolve the problems posed by the interstate character of contemporary product liability litigation. As noted in Justice Sotomayor’s dissent,[viii] when a mass tort is filed in a manufacturer’s home forum, that forum is likely to lack personal jurisdiction over additional important defendants located in other states. For example, in a failure-to-warn case, the prescribing physician is an essential witness, with respect to the learned intermediary doctrine, and many plaintiffs desire to bring claims against the prescribing physician for malpractice or lack of informed consent. The inability to join important to mass torts in the manufacturer’s home forum may deny a plaintiff access to important evidence and leaves him or her vulnerable to other defenses, such as the “empty chair” defense or the entire controversy doctrine.

Of course, BMS does not prevent intrastate plaintiffs from filing a consolidated action in their home forum and suing all defendants in a single action. However, this option is only viable for individual plaintiffs located in a state where there a sufficient quantity of injured plaintiffs banding together to justify the transactional costs of an intrastate mass tort. In forums where there are relatively few injured plaintiffs or insufficient damages because of the significant litigation costs of product liability cases, some plaintiffs will find it difficult to obtain legal representation and access to courts. Additionally, filing a mass tort in plaintiffs’ home forums against a foreign defendant often results in removal to federal court and then transfer to distant forums, pursuant to the federal multidistrict litigation (MDL) program. The MDL transfer and consolidated litigation process lengthy and costly, and the volume of claims in the MDL delays resolution of claims that otherwise could be settled, and so is not a panacea for many individuals injured by a product.

In short, the court in BMS makes clear that state mass torts cannot “relax” jurisdictional requirements to address litigation arising from a defendant’s nationwide course of conduct, but it does not provide a concrete roadmap that permits plaintiffs from various states to band together in a state forum and obtain the equalizing benefits of litigating on an aggregated basis.[ix]

At the same time, the predicted demise of state mass torts post-BMS may be exaggerated. While the BMS court regarded the to be too “attenuated” or “loose,” it declined the invitation to impose a rigid requirement that “in-state conduct must actually cause a plaintiff's claim.”[x] Without such a rigid requirement, a district court recently distinguished BMS and held that California had jurisdiction because the nonresident plaintiff alleged some “in-state clinical trial activity” and a nexus between the defendants’ clinical activity and her injuries.[xi] In the Philadelphia pelvic mesh litigation, the nonresident plaintiffs have argued that, despite BMS, the nonresident manufacturers waived personal jurisdiction by registering to do business in the Commonwealth of Pennsylvania. These examples demonstrate that the door may still be ajar for state courts that assert specific jurisdiction in mass torts involving plaintiffs.

It is also unclear whether an in-state defendant can serve as an “anchor defendant,” creating sufficient contacts with a forum state. In BMS, the plaintiffs sued a Californian distributor and relied on the in-state defendant as a jurisdictional hook. But the court held that the “bare fact that [the nonresident manufacturer] contracted with a [resident] distributor is not enough to establish personal jurisdiction in the State.”[xii] The court’s phrasing leaves open for future cases whether a tighter nexus between an out-of-state manufacturer and in-state defendant may provide sufficiently direct contacts to surmount the requirements of BMS. Thus, attorneys contemplating state mass torts with plaintiffs must devote more pre-suit investigation and discovery to uncovering jurisdictional facts that surmount the facts in BMS and penetrate the relationships between foreign and local defendants that collaborate in the mass marketing, production, and distribution of products on a national scale.

In sum, while economic borders grow ever more porous in a globalizing economy, our current jurisdictional framework has not kept pace. BMS fits within the court’s line of recent decisions circumscribing state courts’ jurisdiction over nonresident corporations.[xiii] However, the ultimate reach of BMS’ holding is unclear as the court did not impose a rigid rule requiring direct causation from in-state conduct. Consequently, there may yet be space for state forums to respond to the reality on and fashion litigation that provides plaintiffs from various states with common claims the ability to consolidate and litigate against all defendants in a single forum of their choice.

[ix] The Court left “open the question whether the Fifth Amendment imposes the same restrictions on the exercise of personal jurisdiction by a federal court,” 137 S. Ct. at 1783–84, suggesting that the Court may believe the solution must lie in forum based on so-called “national” jurisdiction. See also Tr. Oral Argument 17:4–19:21, 28:1–29:14 (Justices Breyer and Ginsburg colloquy regarding whether Congress may and needs to take action to create a “national” forum.)

David Estes is an associate at the firm, specializing in complex torts, personal injury, and health care law. He has been selected for the “Rising Star” distinction in the 2014-–17 editions of New Jersey’s Super Lawyers.