You might think that cell phone records could help put a distracted driver behind bars. But getting them isn't so simple. 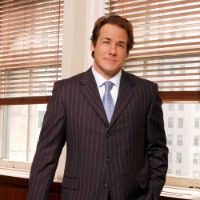 In today’s day and age, it would seem logical that civil litigants involved in vehicle accident (MVA) cases should be able to obtain the cell phone records of an opposing driver in order to help prove fault. Yet, surprisingly, it is very difficult to obtain such records, and the recent Supreme Court decision in Riley v. California[i] does not make it any easier.

As the case law indicates, the issue is particularly relevant and most common in MVA cases. For example, if a driver is talking or texting on his cell phone during or immediately before an accident, some jurisdictions permit by statute the automatic inference that the driver acted recklessly?[ii] Even in jurisdictions where there is no statutory inference of recklessness, the use of a cell phone at the time of an accident is extremely relevant to proving issues of fault. It would seem logical then, that in all MVA cases, a party should be able to obtain the cell phone records of the opposing driver to determine if he was using his cell phone at or around the time of the accident.

However, logic does not prevail. Though case law on the subject is extremely limited, the general rule seems to be that in order to obtain cell phone records, a party must show a good-faith basis for believing that the opposing driver was using a cell phone at or around the time of the accident.

On this issue, the Supreme Court, Queens County, in Morano v. Slattery Skanska[iii], a personal injury MVA action, held that the affidavit that he observed the defendant-driver with an object in her hand, held to her head, immediately before the accident, leaving plaintiff with the impression the defendant was on the phone, was sufficient grounds to authorize limited disclosure of the defendant’s cell phone records. However, the court held that the disclosure should be limited to in-camera review so as to protect the privacy interests of the while revealing any calls made or received within close proximity to the accident; something that would bear heavily on the claim of negligence.

Other courts have applied this same analysis and found that a showing of a good-faith basis to believe the opposing party was on his cell phone at the time of the accident is a prerequisite to obtaining his cell phone records. For example the Third Department, in v. Grant[iv], also a personal injury MVA case, involved information in the record indicating the defendant-driver was distracted immediately prior to the accident.

The court found that because the defendant-driver had testified that his laptop was closed and in a bag behind him, but the tow truck driver arriving on the scene submitted an affidavit stating that the laptop was open, turned on, and sitting on the vehicle’s computer desk, a question was raised as to whether the defendant-driver used technology at or around the time of the accident. This rendered the cell phone records of the defendant-driver relevant to the question of negligence, and the court accordingly affirmed the lower court’s ruling that the records were subject to disclosure. The court, citing Morano, limited the records to the time surrounding the accident, and stated that the records should be submitted for in-camera review to protect any privacy interest the defendant might have.

Similarly, in yet another personal injury MVA case, the Connecticut Superior Court, in Martinez-Fernandez v. Feliciano[v], held that an affidavit from the plaintiff-driver stating that he witnessed the defendant-driver on a cell phone at the time of the accident entitle the plaintiff to the cell phone records.

With this principle in mind, if a party believes he is entitled to cell phone records under this high standard, the Morano court explained that the best method of obtaining the records is through a discovery demand pursuant to CPLR 3124, which would give the opposing party opportunity to challenge the demand under CPLR 3103. The court found that another less preferable method would be to simply file a third-party subpoena to the cell phone carrier for the records.

An issue which has been raised in opposition to a party seeking cell phone records is the claim that the defendant has strong privacy rights in his or her cell phone records. However, the court in Morano held that any privacy rights could be easily preserved by regulation of disclosure through in-camera review. Morano launches into a discussion of the Supreme Court decision in Smith v. Maryland[viii], in analyzing these potential privacy rights.

The Smith case involved the issue of a pen register at a cell phone company which identified the numbers dialed by particular callers. The court in Smith relied on an “assumption of risk” analysis to find that the pen register was not even considered a “search” within the Fourth Amendment, because a person retains no constitutionally protected privacy interests in the numbers they dial on a telephone. The Morano court goes on to adopt the decision in Syposs v. United States[ix], and holds that Smith involved criminal cases in particular, but in civil cases, a party has enough privacy interest in his cell phone records to at least give him standing to challenge a request, and that unregulated disclosure would not be proper. Therefore, Morano held, the best method to satisfy all parties’ interests would be disclosure of the records for in-camera review.

It should be noted that the Supreme Court decision in Riley does not seem to affect the proposition that cell phone users do not retain right in the numbers they dial and time stamps of the calls, which is what would be sought in these civil cases. In Riley, the court held that a criminal defendant retains a privacy interest in the data contained in his cell phones, and therefore, the police need to search the data.

In distinguishing the Smith case mentioned above, the court in Riley pointed out that the facts of Smith involved no “search” at all, whereas the facts of Riley involved a clear search by the police. The court explained that call logs indicating other information such as “my house” for example, could be identifying information that a person would retain right in, and would fall within the ambits of a “search.” However, the court did not indicate any intention to overrule Smith and what it stands for; that a person retains no constitutionally protected privacy interest in the numbers he dials on the telephone and his time stamps.

Furthermore, even assuming that a driver has some privacy interest in his cell phone records in civil cases, such privacy could be easily preserved, as it was in Morano and , by conducting an investigation of the records via in camera review. Courts have even begun fashioning more sophisticated remedies to account for any privacy interests. For example, the Supreme Court, Suffolk County, in Floribello v. Saul[x], ordered that the plaintiff’s cell phone records for two hours before and after the incident be turned over to the defendant, but on condition that the information be retained by defendant’s counsel as confidential, and both the defendants and their attorneys would not act upon any information provided without first obtaining the court’s permission.

With this in mind, the question that still remains is “why can’t parties in all MVA or similar cases obtain cell phone records to determine if the opposing party was using a phone at the time of the accident?” The process of obtaining cell phone records is as simple as a discovery demand or subpoena, a party retains minimal to no privacy rights in his records, and courts can fashion remedies to protect any possible privacy rights. So why do courts make it so difficult to obtain these records?

Consider for a moment the fact that studies show as much as 23 percent of all car accidents in 2011 involved distracted drivers using their cell phone while driving, and that distracted driving due to cell phone use has even surpassed drunken driving as the leading cause of teen car accidents. For drivers 15-19 years old involved in fatal crashes, 21 percent of the distracted drivers were distracted by the use of cell phones. At any given daylight moment across America, approximately 660,000 drivers are using cell phones or manipulating electronic devices while driving, a number that has held steady since 2010. Still, even these high statistics are really lower than they should be because cell phone involvement in fatal car crashes is significantly under-reported.

Allowing personal injury attorneys dealing with MVA cases to obtain the cell phone records of the opposing driver can bring justice for those killed as a result of cell phone distraction accidents. It can provide injured victims with the medical care they need, and the compensation they deserve. Most importantly, it can help prevent the use of cell phones by drivers in general, and potentially reduce accidents resulting from distracted driving due to cell phone use. The Supreme Court’s decision in Riley does not seem to change this analysis, but the unfortunate reality is that it will likely have a chilling effect on a judge’s willingness to rule in favor of an attempt to obtain cell phone records in civil lawsuits in general, and particularly in MVA cases.

In light of the current Supreme Court’s expansion of digital privacy rights judges may be reluctant to give civil litigants access even to merely the phone numbers dialed and their timestamps, information which could prove vital to determining the cause of an accident and ultimate fault. Perhaps this is the next issues in the realm of digital information privacy claims that the Supreme Court should next take up.

Why Can't I Play Pokemon While Driving Anymore?