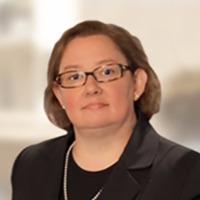 In a recent decision, the United States Supreme Court resolved a long-standing split among several lower courts[1] regarding the propriety of effectuating service of process by mail on foreign litigants under the Hague Convention on the Service Abroad of Judicial and Extrajudicial Documents in Civil or Commercial Matters (the “Convention”). At issue in this long-standing controversy is whether the section that provides that the Convention “… shall not interfere with … the freedom to send judicial documents, by postal channels, directly to persons abroad” permits service of process by mail or merely allows the parties to transmit judicial documents by mail once a party has been served. (20 U.S.T. 361, 363.) In Water Splash, Inc. v. Menon, 137 S. Ct. 1504 (May 22, 2017), the court concluded that Article 10(a) of the Convention permits service of process by mail to litigants in those member countries that have not objected to such service.

The plaintiff, Water Splash, Inc., a Texas-based corporation, brought suit against one of its former employees, Tara Menon, in Texas state court, alleging that Menon began working for a competitor while still employed by Water Splash. The plaintiff asserted several state law claims, including unfair competition, conversion and tortious interference with business relations. Water Splash served process directly on Menon via postal mail, which is a permissible method to serve process within Canada. Menon did not appear or otherwise defend, and a default judgment entered in favor of Water Splash. Menon appealed, and the majority of the Texas Court of Appeals agreed that “… service by mail does not comport with the requirements of the Hague Service Convention.” Menon v. Water Splash, Inc., 472 S.W. 3d 28, 30 (Tex. App. 2015).

The Supreme Court of the United States granted Water Splash’s writ of certiorari on the issue of whether the Convention permits service of process by direct mail. The Court’s analysis centered on Article 10 of the Convention, which states “[p]rovided the State of destination does not object, the present Convention shall not interfere with (a) the freedom to send judicial documents, by postal channels, directly to persons abroad…” 20 U.S.T. at 363. The key question faced by the Court was whether, despite the textual difference between Article 10(a) (“send judicial documents”) and Articles 10(b) and 10(c) (“effect service of judicial documents”), Article 10(a) nonetheless “encompasses sending documents for the purposes of service.”

The court determined that the Convention does permit service of process directly by when the law of the country into which the process is directed permits service by that means and that country has not explicitly objected to Article 10(a).

The unanimous opinion, written by Justice Alito, provides a useful roadmap regarding the rules of treaty construction and interpretation. In undertaking its analysis, the court explained that treaty interpretation begins with an examination of the text as well as the context in which the written words are used. Observing that the entire Convention concerns the service of documents, the court noted that “it would be quite strange if Article 10(a)—apparently alone among the Convention’s other provisions—concerned something other than service of documents.” The court’s analysis continued by noting that the word “send” has a broader meaning than the word “serve,” and concluded as a matter of logic, that unless the notion of service has been specifically excluded from the act of sending, such exclusion cannot be implied. The court concluded this aspect of its analysis with an examination of the French version of the Convention, which is “equally authentic” to the English. The French version of Article 10(a) uses the term “,” which “has been consistently interpreted as meaning service of .”

The court noted that, at most, the use of the word “send” created an ambiguity that permitted an examination of the drafting history, the executive branch’s interpretation of the treaty, and the views of the other signatories to the treaty. The court cited to the published comments of the Convention’s original delegation, a report authored by former Secretary of State Dean Rusk, which was included in President Lyndon B. Johnson’s submission of the Convention to the Senate and the interpretation of the Convention by the courts in several signatory nations. These sources joined in the conclusion that Article 10(a) permits service of process by mail.

The court concluded by summarizing the conditions under which service of process by mail is permitted in cases governed by the Convention: “first, the receiving state has not objected to service by mail; and second, service by mail is authorized under otherwise-applicable law.” The opinion is unequivocal, providing practitioners with clarity on this long-standing question regarding international service of process. It also serves as a useful guide to interpretation of this Convention as well as other treaties of the United States.