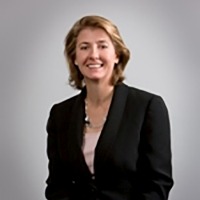 The Fourteenth Amendment to the U.S. Constitution restricts a state court’s ability to entertain a lawsuit against a non-resident defendant. The U.S. Supreme Court recently clarified the scope of jurisdiction over out-of-state defendants in tort suits arising under state law. In Bristol-Myers Squibb Co. v. Superior Court of California,[1] multiple plaintiffs sued Bristol-Myers Squibb Co. (BMS) in a California state court to recover damages allegedly caused by their use of BMS’ anti-clotting drug, Plavix. Most of the plaintiffs resided outside California. All asserted tort claims under California state law.

The court was not persuaded by the fact that all plaintiffs suffered similar harm from a similar course of conduct or that judicial efficiency would be served by having all of their claims heard in California. The court pointed out that its decision leaves open the option for plaintiffs within a single state to join together in one suit. As a further option, all plaintiffs could join together in consolidated actions in Delaware or New York, whose courts would have general jurisdiction over BMS.

In a dissenting opinion, Justice Sotomayor took issue with her colleagues’ reading of the Due Process clause and the court’s precedent. Since the touchstone of a jurisdiction analysis is fairness to the defendant, “there is nothing unfair about subjecting a massive corporation to suit in a State for a nationwide course of conduct that injures both forum residents and nonresidents alike.” The dissenting justice expressed concerns about the ramifications of the court’s decision, including the difficulty of bringing a nationwide mass action in state court against defendants who are “at home” in different states.

While Bristol Myers-Squibb provides guidance on jurisdictional principles applicable to individual defendants, it remains to be seen how courts will deal with the question of piecemeal litigation when all defendants cannot be joined in a single forum.

Dona Szak represents foreign and domestic clients in business and commercial matters. She has taken cases through all stages of litigation: pre-lawsuit investigation, trial, appeal, and judgment collection. She has designed and implemented strategies for resolving complex commercial problems. By conducting preventive counseling, she has helped her clients achieve favorable resolutions to their business controversies, often without the necessity of filing or defending lawsuits. As co-counsel in an ERISA action, her successes include alleging that plan fiduciaries breached duties of loyalty and prudence by selecting and maintaining inappropriate funds for a company’s 401(k) plan and in negotiating a business resolution of on behalf of an automotive parts supplier facing a lawsuit against a major automobile manufacturer for misrepresentation and breach of contract. Learn more at http://ajamie.com/.