Native Chicagoan Patricia Brown Holmes has built an astonishingly varied career through sheer determination and an undimmed survival instinct. Throughout, she’s been determined to help others like her do the same. 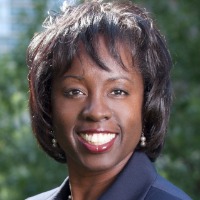 Riley Safer Holmes & Cancila managing partner Patricia Brown Holmes made history as the first African-American woman to lead and have her name on the door of a major law firm that wasn’t women- or minority-owned. She has built a distinguished career as an extraordinary lawyer, community advocate, and leading voice for diversity, equity, and inclusion in the legal profession—and she’s now leading her Chicago-based firm through this consequential moment of national racial reckoning.

In addition to her ongoing work representing a range of public and private corporate clients in high-profile internal investigations and complex commercial, regulatory, and class-action litigation, Holmes has demonstrated unparalleled leadership throughout this challenging year. Appointed by the state Supreme Court to the Illinois Judicial Conference’s COVID-19 task force, Holmes works with that committee to help guide the court system through the process of reopening.

In late May, following the death of George Floyd and amid the growing influence of the Black Lives Matter movement, Holmes acknowledged the gravity of the moment—and the opportunity for engagement it presented—allowing firm members of all backgrounds to share their feelings and experiences to foster greater inclusion. At the same time, she has taken on some of the most high-profile cases of her career, including the defense of two large corporations involved in lawsuits alleging large-scale race discrimination.

Holmes has demonstrated unparalleled leadership throughout this challenging year.

Anyone who knows Holmes will not be surprised that she has capably balanced zealous representation of her clients and steering her law firm through cultural upheaval and a public-health crisis. Raised on the South Side of Chicago, the oldest of five children, she was a tenacious student with big dreams (and a perfect attendance record) who turned down offers from Ivy League schools to study at the University of Illinois at Urbana-Champaign. An interest in science initially drew her to industrial engineering, but the lack of diversity in that discipline made for a lonely experience with few opportunities. Holmes changed her major and studied liberal arts—philosophy, sociology, psychology, and social work—and ultimately, instead of taking medical-school entrance exams, on a dare she took the Law School Admission Test, earning a full scholarship to the University of Illinois College of Law.

After law school, she became a prosecutor in the Cook County State’s Attorney’s Office, handling misdemeanors, felonies, and appeals. After five years, she moved to the U.S. Attorney’s Office, leading 25 trials in a half-decade there, and then became Chicago’s chief assistant corporation counsel for municipal prosecutions. She’s one of only a handful of attorneys in Illinois who has tried cases in city, state and state appellate, federal and federal appellate, and state supreme courts. She long had her eye on a judicial career, and in 1997 she became an associate judge of the First Municipal District of the Circuit Court of Cook County.

Not long after, her life took a potentially devastating turn when she was diagnosed with late-stage Hodgkin’s lymphoma and given a dire prognosis of just six months to live. She had young children and a demanding career as a judge and was forced to step back to focus on an aggressive regime of chemotherapy, radiation, and medication. Resilient as ever, in defiance of poor odds, Holmes returned to her position after eight months and continued to work through the next several years of recovery.

Her ambition and drive, now stronger than ever, returned as well. Holmes moved on to the juvenile court, where she spent eight years as a judge, and then turned to private practice. She became the first female African-American equity partner at Schiff Hardin LLP, for chaired its diversity committee; co-chaired, with Ron Safer, its white-collar practice; and was voted onto its executive committee. She amassed a solid record as a defense attorney in complex commercial, regulatory, and class-action litigation, as well as internal investigations involving fraud, corporate-whistleblower allegations, and contract disputes. She also devoted time to mentoring young lawyers, helping them hone their skills and develop their professional clientele. In 2016, along with colleagues Safer, Bob Riley, and Joe Cancila, Holmes became a founding partner of Riley Safer Holmes & Cancila, a groundbreaking firm built around client service with a central focus on diversity and inclusion.

In addition to her work as managing partner, Holmes has long been tapped by city and state officials to lead sensitive, high-profile investigations. She was inaugural chairperson of the Illinois Torture Inquiry and Relief Commission, formed in the wake of revelations of Chicago Police Department misconduct; acted as sole trustee of the Burr Oak Cemetery following a grave desecration and plot-reselling scheme; and served as special prosecutor investigating whether Chicago police officers involved with the highly charged 2014 fatal shooting of Laquan McDonald lied about another officer’s misconduct. Most recently, Holmes was appointed as a trustee to the University of Illinois and serves as a member of the executive committee there, overseeing multiple key strategic initiatives, including expansion of research into saliva-based COVID-19 testing pioneered by UI scientists.

Throughout her career, Holmes has been committed to community service, serving as president of groups including the Chicago Bar Association, the Black Women Lawyers Association, Harriet’s Daughters, and Just the Beginning—A Pipeline Organization. She has been a board member for La Rabida Children’s Hospital and the University of Illinois System, among others. For her professional excellence, Holmes has been recognized and awarded by Crain’s Chicago Business Notable Women Lawyers and Most Influential Minority Lawyers, as well as the Cook County Bar Association (from which she won the Ida B. Platt Award). Savoy magazine named her to its Most Influential Black Lawyers list, and Chicago Lawyer magazine deemed her Person of the Year. She received the Award for Excellence in Pro Bono Service from the United States District Court for the Northern District of Illinois and was recognized by the Rainbow PUSH Coalition’s Outstanding Women in Business Awards.

An admired colleague and lauded mentor whose door is always open to coworkers, young attorneys, and law students, and an extraordinary litigator and client counselor, Holmes has packed a staggering number of achievements into one career. Now, at this tumultuous time in American history, she’s proving once again that she’s the kind of leader a law firm needs to meet the moment—and continue to grow and innovate.

Patricia Brown Holmes is a highly respected and accomplished lawyer who focuses her practice on high-stakes, "bet-the-company" litigation, internal investigations, and crisis management. As managing partner of Riley Safer Holmes & Cancila LLP, she is the first African-American woman to lead and have her name on the door of a national law firm that is not women- or minority-owned.