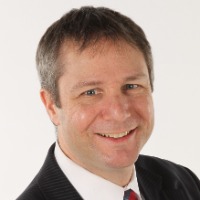 In our practice, we’ve learned that every case is different, and that real estate litigation puts immediate pressure on the client. Approaching a case strategically is vital to try to drive the matter to the quickest possible favorable result—and picking the right strategy is key. Ours usually entails focusing on the principal weakness, the most sensitive pressure point of the opponent’s case. The right strategy needs to be laser-focused, not broad and vague. Consider these four examples:

A Battle Over Airport Expansion in Cleveland

In this instance, the City of Cleveland faced an eminent-domain lawsuit brought by the adjoining municipality of Brook Park, Ohio, the same day that Cleveland had purchased and leased back to its owner the International Exposition Center, which abuts Cleveland’s Hopkins International Airport.

For decades, airport officials had targeted this property for a potential expansion to add a third international-service runway and other facilities. Brook Park, in which the land is situated, exercised its power of eminent domain to take it for its own economic-development purposes. (Brook Park had won an earlier fight over a much smaller piece of land.) Having hired a powerhouse law firm out of Washington, D.C., Brook Park looked to win the case before a Cuyahoga County probate judge to whom all eminent-domain actions were assigned.

Cleveland felt it had a valid defense of prior public use of the property—it had been meticulously planning to use the land for the airport, which itself constitutes a prior public use. Winning that issue on the merits, though, would not have been enough at the trial level: The assigned judge apparently wasn’t going to give Cleveland a fair shake. The city discovered that the judge had made ex parte comments to the other parties about Cleveland’s likelihood of losing the case. On the eve of the Ohio Supreme Court’s decision regarding Cleveland’s motion to disqualify, the judge resigned from the case.

Once the playing field was level in front of a new county probate judge, the matter proceeded to a five-week trial. There Cleveland won based on its key prior-public-use defense. The victory, hailed by the leading Cleveland newspaper, The Plain Dealer, as a triumph for the entire region, started the ball rolling on a global settlement between the two cities on a number of other legal issues they were likely to face in the future. This agreement ultimately led to peace between Cleveland and Brook Park regarding airport expansion and various rights the latter chose to assert for property within its jurisdiction.

The lesson here is that a strategy of leveling the playing field by getting before another judge and then focusing on the key point of defense is what secured Cleveland the win. The city focused its fight on two important strategic points and was able to come out on top.

Identifying the opponent’s key weakness and focusing on it led to extraordinary relief once the suit was filed.

On the cusp of closing on $335 million in financing, including the issuance of public bonds, the project architect for Flats East, an 18-acre mixed-use development in downtown Cleveland, made a fatal threat: Claiming it hadn’t been paid fees it was owed, the firm took the position that the project was illegally using its blueprints and could not use them without legal risk to the owners of the project.

The only way for the project owners to put a halt to this tactic was to obtain an unusual injunction from the state court to prevent the architect from attempting to assume control over the drawings, thereby depriving the project owners of their use. They filed suit, obtained a temporary restraining order (TRO), and were able to close the financing on schedule, just days from the TRO hearing date. Ultimately, a preliminary injunction trial was held; Flats East won again.

The key factor here was focusing on preserving the status quo and the threatened harm to the public, even though there was no written contract between the developer and the architect. It’s quite hard to obtain a TRO when no contract is in place, but success here was contingent upon focusing on other key arguments concerning the public benefit, the equities, the conduct of the architect, and in treating the drawings as having been owned by the development prior to the lawsuit.

Again, identifying the opponent’s key weakness and focusing on it led to extraordinary relief once the suit was filed, permitting the project to proceed to viability through successful financing.

Just as site preparation was underway for a major new mixed-use development in the Cleveland suburbs, two straggler interest holders in a low-performing oil-and-gas well on the property hijacked the project, obtaining a TRO halting construction while their interests were adjudicated.

Annual royalties from the well were not substantial, and dozens of other interest holders had already sold their stake. Nevertheless, the two plaintiffs argued citing Constitutional protections that shielded their property interests.

To prepare for a hearing on the motion for a preliminary injunction, an aggressive show of force was necessary to get the development back on track. Lawyers for the project took numerous depositions in an effort to give concrete meaning to ambiguous contract terms. Parsing the meaning of sloppy contract language, however, was not the strong surgical strike needed to ensure that the development could move forward.

The key to a winning strategy here was recognizing that the two interest holders’ actions were fundamentally unfair despite their appeal to the Constitution. The duo had a very small economic interest in the continued operations of the oil-and-gas well, yet they had halted a major construction project that would create permanent jobs and revenue streams. The economic harm perpetrated by the two holdouts was astronomical, far out of proportion to the few dollars a year they could have earned from the well (and for which the developer was willing to pay).

The court was receptive to this lack-of-economic-proportionality argument and reset the required amount for the plaintiffs’ bond to a level they were unwilling to pay. The case settled shortly after.

Recognizing how best to present the inherent unfairness to the court cut right to the merits of an otherwise murky case. The developer was able to restart the project after just a short delay and completed the project, which has become a tremendous success.

The City of Brook Park entered into a settlement agreement with the City of Cleveland that resolved a host of legal issues between the two. One unique section of the agreement provided for a contract-driven eminent domain–style residence-acquisition program under which Cleveland would make offers to purchase all homes in a particular neighborhood being eyed for future development. After completing about three-fourths of the program, though, Cleveland abruptly and arbitrarily stopped.

Given the lengthy history of the project, that the underlying events occurred 10 to 20 years earlier, and that the interests of more than 100 homeowners were at stake, unfettered discovery could have been extremely time-consuming and expensive. Cleveland’s weak spot, however, was the four corners of the written contract. Seeking to take advantage, Brook Park convinced the court (and, ultimately, Cleveland) to engage in limited written discovery followed by a full summary judgment procedure before deposition practice would be considered. Although the case is pending, we successfully played to Brook Park’s strengths.

Sharpening the Sword: What You Need to Know About CASPA