2020-01-13 2020-01-13 The Department of Justice, in pursuit of companies whose transgressions cross borders, increasingly credits... Best Lawyers 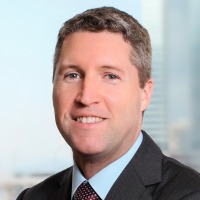 In May 2018, the United States Department of Justice announced that its official policy in corporate investigations would henceforth be to “endeavor, as appropriate, to coordinate with and consider the amount of fines, penalties, and/or forfeiture paid to other federal, state, local, or foreign enforcement authorities that are seeking to resolve a case with a company for the same misconduct.”

This notice that it would attempt to avoid “piling on” had twin goals: to promote fairness while simultaneously encouraging DOJ attorneys to cooperate with other domestic and foreign enforcement authorities. Recent resolutions of DOJ investigations seem consistent with these goals and reflect that cooperation—developments that serve to remind corporations in cross-border investigations of the importance of coordinating their own response efforts.

The DOJ has articulated several non-exhaustive factors for applying its policy against piling on, including the seriousness of the company’s alleged conduct and the adequacy and timeliness of its disclosures and cooperation. The agency’s agreement with TechnipFMC, a global oil-and-gas services company headquartered in London, Houston, and Paris, is a case in point. In June 2019, the DOJ and Technip settled charges that arose out of bribery schemes in Brazil and Iraq. The DOJ assessed a fine of over $296 million but required the company to pay only about $81 million while crediting $214 million paid to Brazilian authorities. Notably, despite the fact that the DOJ deemed Technip to be a recidivist, having settled in 2010 regarding a similar bribery scheme in Nigeria, it appears to have credited Technip for payment of the Brazilian fines.

The DOJ’s April 2019 agreement with Standard Chartered Bank, also based in London, is another example. In that settlement, arising from an investigation into sanctions involving Iran, the DOJ assessed a fine of $480 million, but initially required SCB to pay only about $54 million while crediting nearly $427 million in monetary penalties paid to state, federal, and U.K. enforcement authorities.[7] The DOJ contemplated full credit for those penalties despite taking the position that SCB made “inadequate disclosures . . . prior to entering the [original] 2012 [Deferred Prosecution Agreement] of known deficiencies in SCB’s sanctions compliance program.” Other recent resolutions, including agreements with Fresenius Medical Care and Petrobras, similarly appear to signal the DOJ’s willingness not to pile on.

The department’s policy is consistent with the overall trend toward more global anticorruption enforcement and multinational information sharing and coordination. In 2017 alone, the DOJ reportedly received cooperation from approximately 20 countries in cases brought under the Foreign Corrupt Practices Act (FCPA). In certain circumstances, this cooperation may lead to the DOJ’s deference to foreign enforcement authorities. For example, on August 20, 2018, the DOJ informed Güralp Systems Limited, a British engineering firm, that it would not prosecute the company for possible FCPA and money-laundering violations involving alleged corrupt payments to an earthquake official in South Korea. The DOJ indicated that “notwithstanding evidence of violations of the FCPA,” it had closed its inquiry, in part because of “the fact that GSL, a U.K. company with its principal place of business in the U.K., is the subject of an ongoing parallel investigation by the U.K.’s Serious Fraud Office for violations of law relating to the same conduct and has committed to accepting responsibility for that conduct with the SFO.”[13]

Another matter suggests that the U.S. Securities and Exchange Commission may be taking a similar approach. On September 4, 2018, ING Groep N.V., a Netherlands-based financial-services company, announced that it had agreed to pay a fine of €675 million ($780 million) and disgorgement of €100 million ($115 million) to the Dutch Public Prosecution Service to resolve “investigations regarding various requirements for client on-boarding and the prevention of money laundering and corrupt practices.”[14] ING indicated that as a result of the settlement agreement, it expected to resolve an investigation by the SEC “without further payment or the imposition of further conditions.”[15] Indeed, the following day, ING announced that it had received a formal notification from the SEC that the agency had closed its investigation into the bank without enforcement action.[16]

These recent resolutions with Technip, SCB, and others seem to indicate that the DOJ is applying its policy against piling on and that companies facing cross-border investigations have a greater opportunity to reach final, comprehensive resolutions of those matters in a fair and coordinated fashion. In any investigation, businesses should account for the high likelihood that enforcement authorities across jurisdictions are sharing information and that the company may face simultaneous requests from multiple jurisdictions. Although some countries, including in Europe, generally will not prosecute a person or company for conduct that was already prosecuted elsewhere,[17] there is no internationally recognized principle of double jeopardy, so the possibility of successive investigations by multiple authorities remains.

Still, in the DOJ context, companies should consider the potential benefits of encouraging investigators, as early as possible, to coordinate with other interested authorities. In particular, timing may be crucial. In his speech unveiling the policy against piling on, then–Deputy Attorney General Rod Rosenstein said that the DOJ would not “look kindly” on companies that came to the department “only after making inadequate disclosures to secure lenient penalties with other agencies or foreign governments.” While it remains to be seen how the policy will continue to develop, it is clear that a piecemeal defense of uncoordinated investigations around the globe wastes corporate resources and could compromise a company’s position if and when the time comes for settlement discussions.

Bradley A. Klein Litigation partner in Skadden's Washington, D.C. and Hong Kong offices, has extensive experience representing clients in Asia and the U.S. in internal investigations, regulatory enforcement actions and compliance matters involving the U.S. Foreign Corrupt Practices Act (FCPA), and other aspects of U.S. law. He has represented companies and their boards in active investigations by federal regulators, internal company investigations, and reviews of company compliance policies and internal controls.

Gretchen M. Wolf is a litigation partner in Skadden's Chicago office, has extensive experience managing multijurisdictional and cross-border matters with investigation and litigation components, and regularly assists clients in navigating related discovery issues. She has represented corporations and individuals in many regulatory and government enforcement matters, including matters before the SEC, CFTC, the DOJ, and state Attorneys General, among others.

Peter Y. Cheun, litigation associate in Skadden's Chicago office, represents clients in all stages of litigation, from applying cutting-edge e-discovery capabilities to trials. He works with other Skadden litigators to address all important aspects of a client’s problem and to handle numerous cases in multiple jurisdictions and forums.

Mayra Suárez, litigation associate in Skadden's Washington, D.C. office, conducts internal investigations on behalf of U.S. and foreign corporations, audit committees, and individuals in the U.S., Europe, and Latin America. She also defends clients in connection with allegations of unlawful antitrust practices and in investigations by the Department of Justice and the Securities and Exchange Commission related to the Foreign Corrupt Practice Act.

How to best comply with Immigration Law