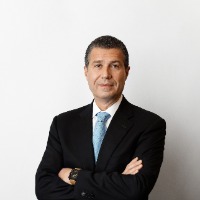 ORLANDO AND LAS VEGAS are well-known throughout the country—indeed, throughout the world—as two of the most popular tourist attractions in the U.S. More than 40 million people visit each city every year. Then, in 2016 and 2017, respectively, each fell victim to the scourge of mass shootings that has plagued the country in recent years.

At Orlando’s Pulse nightclub, 49 were shot dead and another 50 wounded. It was the deadliest single-gunman mass shooting in U.S. history—until a year later, in Las Vegas, where shots rained down on the Route 91 Harvest Music Festival from the thirty-second floor of MGM’s Mandalay Bay Hotel, killing 59 and injuring 500 more. After the shootings, as after any act of mass violence, comments about the unprecedented nature of the attacks were a common refrain. Yet it feels as though mass-casualty incidents have been happening far too often the last decade: Aurora, Sandy Hook, San Bernardino, Sutherland Springs, Parkland, Pittsburgh, and—most recently—Virginia Beach.

Indeed, there have been more than 300 mass shootings, defined as five or more individuals shot during one event, in the past several years alone. In such an environment, can officials in popular destinations plead ignorance of the unfortunate reality that their renown might make them a target for those wishing to inflict mass harm?

“Soft targets,” as they’re sometimes referred to in the security business, are places particularly vulnerable to mass-casualty incidents. The U.S. Department of Homeland Security emphasizes that “sports venues, shopping venues, schools, and transportation systems” are places where large numbers of people congregate amid limited security. Recent years have shown that concerts, places of worship, and evening entertainment spots can be added to the list. Pulse was one of Orlando’s most popular clubs. The country festival in Las Vegas, just off the famed Strip, was attended by thousands.

The June 12, 2016, Pulse shooting began when gunman Omar Mateen entered the crowded club around 2 a.m. carrying a semiautomatic rifle (an AR-15, a common weapon in mass shootings) and a semiautomatic pistol. A single uniformed off-duty officer was present outside the club working as a security guard. The officer was armed and exchanged fire with Mateen, but the assailant was able to gain access through the main entrance. As Mateen opened fire inside, survivors reported feeling confused and disoriented in the dark, loud club; many reported mistaking the initial shots for music or fireworks.

A stampede for available exits ensued, and survivors later said they encountered locked exit doors as they tried to escape. Some were able to flee through the club’s rear and side doors onto the patio. Others, unable to escape, took cover in bathrooms, resulting in a hostage situation and a three-hour standoff with law enforcement that ended only when police breached an exterior wall using an armored vehicle and shot Mateen to death.

Pulse was not Mateen’s first choice for his attack. Federal prosecutors have indicated that video from only hours earlier shows Mateen “casing” Walt Disney World, walking around its perimeter with a gun concealed in a stroller. Prosecutors indicated they believe Mateen reconsidered due to Disney’s substantial police presence, choosing instead to target the more vulnerable Pulse to maximize casualties.

Similarly, Stephen Paddock, the Mandalay Bay shooter, was found to have cased other locations, including Lollapalooza in Chicago, Boston’s Fenway Park, and the Life Is Beautiful concert in Las Vegas. Comparable concerns over security and feasibility forced him to settle on the Route 91 show, on October 1, 2017. Paddock was able to haul two dozen guns (including many high-powered rifles), scopes, bipods, bump stocks, and other tactical equipment into his room before unleashing his onslaught on the unsuspecting concertgoers below. In addition to those killed and wounded by gunfire, many others were trampled and injured in their attempts to escape.

"'Soft Targets,' as they are sometimes referred to in the security business, are particularly vulnerable to mass casualty incidents."

Lawsuits in both cases have proceeded.

Survivors of the Pulse shooting initially brought suit in the Southern District of Florida, filing eventually in Palm Beach County, where the matter was consolidated with the cases of other Pulse survivors. The plaintiffs’ complaint made claims against the security company G4S PLC and its American subsidiary, G4S Secure Solutions, which employed Mateen, for the company’s alleged failure to thoroughly investigate or terminate Mateen, an armed security guard, after he made violent threats. The complaint also alleged that G4S had knowingly falsified and submitted documentation to the State of Florida regarding Mateen’s required psychological evaluation while continuing to provide him with annual firearms training. The plaintiffs also brought a claim for civil conspiracy against Mateen’s wife, Noor Salman, for helping plan the attack. (The plaintiffs would later choose to dismiss claims against Salman and G4S PLC, leaving only their claim against G4S Secure Solutions.)

Despite allegations that Mateen had threatened a sheriff’s deputy while on-duty as an armed guard, praised terrorists to his coworkers, and expressed a desire to die a martyr, the Circuit Court for Palm Beach County dismissed the claims against G4S Secure Solutions, stating there was no indication that the company “had any direction or control over Mateen at the time of this tragic event.” The court ruled that the conduct at issue did not foreseeably increase the risk of harm to the plaintiffs such that G4S owed them any legal duty. Despite amendments extrapolating on G4S’s knowledge of Mateen’s psychological instability, the court continued to dismiss complaints on the grounds that G4S had no legal duty to control Mateen’s behavior. The plaintiffs have appealed this decision and await a ruling from the District Court of Appeal of the State of Florida, Fourth District.

Victims in Las Vegas filed their case in state court in Clark County, Nevada. The Silver State was the home of many of the victims and the headquarters or state of incorporation of many of the named defendants, and Clark County was where the shooting occurred. However, the defendants removed the case to federal court in Nevada, relying on an obscure, never-before-cited federal statute known as the SAFETY (Support Anti-Terrorism by Fostering Effective Technologies) Act. Shortly after removing, the defendants filed a motion to dismiss, arguing that, one, the shooting was unprecedented and unforeseeable as a matter of law; and two, causation could not be established, as Paddock—who killed himself at the conclusion of the shooting—was a “superseding and predominant cause” as a matter of law. Plaintiffs responded to both procedural maneuvers, first by filing a motion to remand the cases back to state court, then by responding to the motion to dismiss—arguing first that the defendants were on notice due to previous incidents at the Mandalay Bay and around the world, thereby rendering the shooting foreseeable; and second that their negligence in failing to prevent the shooting was a legal cause of the plaintiffs’ harm.

While still in the midst of briefing, both on the motion to dismiss and the plaintiffs’ motion to remand, the defendants took the unprecedented step of suing victims in eight federal jurisdictions around the country. The defendants’ actions were for a declaratory judgment, seeking a federal court’s approval of the applicability of the SAFETY Act to plaintiffs’ claims. Rather than wait for a ruling in the respective district courts, though, the defendants filed a motion to transfer and centralize their claims against the victims pursuant to the Multi-District Litigation Statute. However, the JPML swiftly struck down the defendants’ attempt to transform the litigation into an MDL as premature, and the cases were sent back to their respective district courts. Upon return, the plaintiffs filed a motion to dismiss the numerous declaratory actions filed by the defendants. The cases are currently pending.

Nearly two years later, the most troubling aspect of the aftermath of the Vegas shooting may be the documented history of local hotel and casino owners’ awareness of the possibility of such acts of violence. Federal and state homeland-security officials, as well as professionals in the hospitality and casino industries, had for years discussed the possibility of a mass shooting in Las Vegas. As such, the Las Vegas Metro Police Department had conducted training exercises at, and developed plans with, city hotels and casinos in the event of such an incident. Notably, the scenarios included preparing for a sniper on the Stratosphere Tower, and one exercise entailed the use of a mannequin in an upper window of the Sahara Hotel, simulating an attacker. Finally, in 2014, staff at the Mandalay Bay thwarted a nearly identical potential attack when they discovered a guest who had brought multiple semiautomatic rifles to his room and set one up, aimed at the Strip.

While some hotels ignored the deafening chorus of industry, law enforcement, and security experts ahead of the Paddock shooting, others implemented “no-gun” policies, constructed concealed metal detectors by entrances and exits, and increased the quantity and quality of their security and response teams. Such actions might have decreased the likelihood of the 2017 massacre—or prevented it altogether.

Given the heavy coverage of similar incidents and the abundant warnings from industry and government, mass shootings are now highly predictable for event promoters, large companies, and venue owners anywhere large numbers of people congregate. With proper planning and procedures in place, what happened at Pulse and Route 91 is, ultimately, preventable. The attorneys involved in both cases remain optimistic about securing justice for the thousands affected by the shootings—and, just as important, ensuring that senseless atrocities like them never happen again.

Antonio M. Romanucci is a founding partner in the Chicago based law firm of Romanucci & Blandin, LLC, where he focuses his practice on catastrophic personal injuries arising from police misconduct cases, including civil rights actions, mass torts, class actions, and traumatic brain injuries. Romanucci’s steadfast commitment to fighting for victims seeking justice across the country has helped the firm obtain dozens of verdicts and settlements in excess of $1 million. He currently serves as President of the Illinois Trial Lawyers Association, Vice President of the Judicial Accountability PAC, on the Illinois Supreme Court Rules Committee, and in multiple leadership roles for the American Association for Justice.

Bryce T. Hensley is an Attorney at Romanucci & Blandin, LLC, where he works in the firm’s complex litigation group representing individual and classes of victims of toxic exposures, product defects, civil rights violations, fraud, sexual harassment, wrongful death, and other catastrophic personal injuries. Bryce is currently representing victims of the October 1 Shooting in Las Vegas, Nevada and has played a key role in securing numerous record breaking verdicts for the firm.

Nicolette Ward is an Attorney at Romanucci & Blandin, LLC. Her practice is focused on representing victims of police and prison misconduct, sexual assault and abuse, wrongful death, and other civil rights matters. As trial counsel, she has been a part of record tort and excessive force verdicts at the state and national level. Nicolette is currently representing victims of the Pulse Nightclub Shooting in Orlando, Florida.

How to defend yourself in case the artwork you bought at auction does not match its pre-sale description?

Sometimes 'Unusual' Is the Best Approach