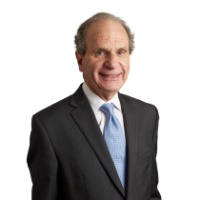 In the past few years, copyrights on some famous songs have been deemed invalid, which means that licensees who were charged royalty payments may be able to get their money refunded. Here’s a summary of recent developments.

For decades, publisher Ludlow Music charged fees for the use of the civil rights anthem “We Shall Overcome.” Many companies that paid royalties for licenses to use the song or wanted to use the song in movies such as “Lee Daniels’ The Butler” filed suit to invalidate the copyright on the grounds that the song was virtually the same as a century-old African-American spiritual. In January 2018, after nearly two years of class-action litigation, Ludlow Music settled. The publisher agreed to return the licensing fees paid by the plaintiffs and will no longer claim a copyright to the song, which is now considered to be in the public domain.

Happy Birthday to You?

Warner/Chappell Music actively enforced a copyright on the song “Happy Birthday” since 1949 and charged commercial users a royalty for such use as in movies, games, and public performances for profit.

One independent documentary filmmaker filed a declaratory judgment action based on research into the chain of title of the copyright, which proved that Warner/Chappell didn’t actually own the copyright it had charged people millions of dollars to license. The filmmaker proved that the song’s original authors, sisters Mildred and Patty Hill, had never really handed over their rights to the song to Warner/Chappell Music's predecessor entities, meaning Warner had never owned the song it had been licensing to others.  Warner/Chappell was required to create a $14 million pool for repayment of royalties it had collected since 1949.

Like “We Shall Overcome,” the song is now in the public domain and can be used in films and performances royalty-free.

This Land Is Your Land?

Another copyright currently in question belongs to “This Land Is Your Land.”  A New York rock band is claiming the Woody Guthrie classic had fallen into the public domain in 1973 and therefore the copyright held by Ludlow Music is invalid. The rock band claims that Guthrie first legally published “This Land is Your Land” in 1945, but his copyright expired in 1973 because it was not renewed.

Ludlow copyrighted the song in 1956, but that copyright is allegedly invalid because of the prior copyright to Guthrie. It’s not clear when this case will be settled.

Copyright law is very complicated due to changes in laws regarding the term, renewability, and enforceability over the years, and due to difficulties in tracing the chains of title of some very important works. If a copyright owner is charging significant royalties or denying permission to use a work in another work such as a movie or new music, consider consulting an attorney experienced in copyright matters to research the validity of the copyright.

Michael Fein focuses much of his practice at Eckert Seamans Cherin & Mellott on obtaining and international patent protection of inventions, enforcing and licensing patents, and avoiding infringement of competitors’ patents. He also advises clients on evaluating intellectual property assets and counsels on acquisitions, licensing and collaboration agreements.

Fein represents clients in courts throughout the U.S. in , trademark, copyright, and trade secret litigation. Previously, Fein was in-house patent and trademark counsel at a Fortune 100 chemical company and a patent examiner at the U.S. Patent and Trademark Office.

Fein earned his J.D. at Rutgers University Law School and his A.B. from the University of Pennsylvania.

Why Register My Copyrights? The Benefits of Copyright Registration