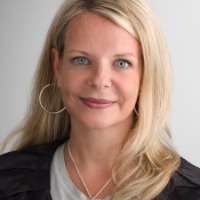 The nine judges of the Canada Supreme Court ruled on Friday that the so-called “promise doctrine” was not part of Canadian patent law, and laid out a new approach to the utility requirement which substantially lowers the bar to proving of patented inventions. This decision brings substantial change to Canada’s patent laws, and will certainly be welcomed by patentees, particularly in the pharmaceutical and life sciences sectors.

One of the authors, Julie Desrosiers, represented one of the interveners, FICP[1], in this important litigation.

Canada’s Patent Act requires all patented inventions to be “useful,” but never states exactly how courts should assess usefulness. For a long time, this legislative silence wasn’t particularly important, since few patents were invalidated on the basis of utility. Starting in the mid-2000s however, utility attacks became much more frequent in Canada. This rise in utility attacks was driven by a number of factors, the most important being the emergence of the “promise of the patent” and the “enhanced disclosure requirement”.

The “promise of the patent” as applied by the Federal Court required that a patent’s usefulness assessed by asking whether the patented invention was demonstrated or soundly predicted, at the Canadian filing date, which means that the invention could do all of the things which the patent specification promises that it can do. If the patent fails to deliver even one of the promised results, the unfulfilled promises would lead to the invalidity of the patent. The promise of the patent was frequently contrasted with the “scintilla of utility” approach, under which the invention need only provide a single non-trivial useful result.

The “enhanced disclosure requirement” as applied by the Federal Court, required that patentees disclose additional information or data in the patent specification where they rely on “sound predictions” of utility (as opposed to demonstrated utility through working prototypes). Under the enhanced disclosure requirement, if the patentee has access to studies which provide a reasonable scientific basis to believe that the patented invention has utility, those studies must be included in the patent document itself, and failure to do so means the patentee cannot rely on them to prove utility.

The AstraZeneca case focused mainly on the “promise of the patent,” since the trial judge invalidated the patent for lack of usefulness. In doing so, he found that the patented invention was as a treatment for excess stomach acid, but went on to hold that it lacked utility because it failed to meet a second promise contained in the patent (namely, that the drug would have more reliable results, with less variation in results between different patients). While the drug did have lower inter-individual variation, the inventors did not have enough information to soundly predict this property at the Canadian filing date.

The Supreme Court quickly rejected the promise of the patent as the appropriate yardstick with which to measure utility. According to Justice Rowe, who wrote for the unanimous Court, the so-called “promise doctrine” had several major failings. First, in his view, it inappropriately referenced the disclosure portion of the patent when assessing of even unambiguous claims. For Justice Rowe, the claims should be the primary focus on any validity analysis. Since promises were typically found in the disclosure, this made the promise doctrine problematic. Second, he considered that holding patentees to promises made in the disclosure inappropriately conflated the utility requirement of section 2 with the sufficient disclosure requirement of section 27(3). Third, Justice Rowe pointed out that requiring an invention to fulfill every promise meant that inventions of undisputed usefulness—including the pharmaceutical compound at issue in this case—were nonetheless denied patent protection because they did not fulfill other, potentially secondary, promises of usefulness.

Finally, Justice Rowe acknowledged that it was important to discourage “over-promising” by inventors, who might be tempted claim greater benefits for their invention than the scientific evidence supports. However, he felt that these concerns could be addressed through other patentability requirements, such as overbreadth, sufficient disclosure under section 27(3) or the prohibition of willful misstatements under section 53.

Instead of the analysis, the Supreme Court set out what should be the approach to utility. This new approach proceeds in two steps:

The court must first construe the claims of the patent, in order to identify the “subject matter of the invention” as claimed in the patent.

The court must then ask whether that subject matter is useful. This question will be answered in the affirmative if the invention is “capable of a practical purpose” or can achieve “an actual result”. No particular level of utility is required at this stage, and a “mere scintilla of utility” will do. The only requirement is that the identified in this stage be appropriately related to the subject-matter of the invention.[2] Only a single use must be shown, and failure of the patent to satisfy other will not prevent an invention from being considered useful.

The utility analysis is carried out as of the filing date, as opposed to some earlier or later date.[3] In applying the utility test, the Supreme Court emphasized the importance of the underlying purpose of the usefulness requirement, namely preventing the patenting of “fanciful, speculative, or inoperative” inventions.

The Supreme Court’s decision in AstraZeneca has effectively hit the “reset” button on the utility requirement, wiping out a decade’s worth of Federal Court patent jurisprudence, and returning the utility requirement to a low bar. We expect that in the future, there will be very few utility arguments made by defendants in Canada, and even fewer of those arguments will be successful. As a result, validity disputes will likely return to the classic issues of novelty and obviousness.

While the Court’s new approach to utility has substantially simplified and clarified the applicable legal test, some questions remain to be worked out by subsequent cases. For example, how does one determine the “subject matter of the invention” and is this the same thing as the “inventive concept” referred to by the Supreme Court in its other recent patent cases?[4] Determining the subject matter of the invention will, in turn, establish the range of acceptable uses that can be relied on by the patentee.

[2] The Supreme Court stated that the “appropriate relation” requirement is to ensure that patentees do not propose trivial uses for their inventions, like using as a paperweight or doorstop.

[3] The AstraZeneca case finally clarifies the applicable date for the utility analysis, which had been subject to contradictory statements by the Supreme Court, which occasionally referred to the priority date, rather than the filing date as being the relevant date (see e.g., Apotex v Wellcome Foundation, 2002 SCC 77 at paras 3, 56, 71–72).