If the European Parliament and the 25 participating states were trying to emulate a U.S. patent and replace the present Balkanized system wherein each state has its own patent granting authority and courts handling patent litigation, it has failed miserably. 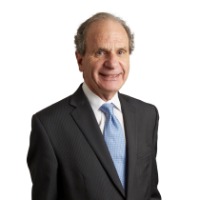 The European Patent Office announced on December 11, 2012, that it welcomed the European Parliament’s adoption of regulations creating the “unitary patent” and a Unified Patent Court, according to the vision of the founding fathers of the EPO to create a truly “supranational patent system,” strengthening Europe’s competitiveness.

One of the regulations created a “European patent with unitary effect” for 25 participating states, and another regulation created an applicable language regime.

After Germany, the United Kingdom, France, and 10 other states ratify the regulations, applications for unitary patents can be filed. As of August 2017, 13 states of the three mandatory states, including France, had ratified the agreement. In the U.K., a draft of the secondary legislation required for ratification was recently filed with Parliament, despite Brexit distractions. Germany may be the biggest challenge to approval and implementation. The German Constitutional Court (Bundesverfassungsgericht) has delayed the ratification of the Unified Patent Court (UPC) Agreement until a constitutional complaint filed in June that argued that the unitary patent and patent court breaks German law is decided by the court.

Optimistic assessments predict that the European Unified Patent and the Unified Patent Court will be approved and in operation by the end of the year. Even if that happens, it will not herald a bright new day for patent applications in Europe.

If the European Parliament and the 25 participating states were trying to emulate a U.S. patent and replace the present Balkanized system wherein each state has its own patent granting authority and courts handling patent litigation, it has failed miserably.

In the U.S., there is one patent granting authority and one federal court system, one federal court of appeals handling patent disputes, one legislative body originating patent laws for the president’s signature, and a system wherein validity and infringement are the same throughout the country and its possessions. A U.S. patent cannot be valid in New Jersey and invalid in Nebraska.

The vision of the founding fathers of the EPO was to establish a similar system for Europe with one patent examining authority, solve the problem of many languages among the European countries, and have one patent court deciding validity and infringement disputes.

For 40 years, the EPO has been set up as an optional examining authority insofar as each member state maintained its own patent system. An applicant, weighing the very high EPO patent costs versus the alternatives, could chose to file applications to patent an invention in, e.g., France and Germany, and not in the EPO or other countries. It has been as if one could choose to get just a New Jersey patent and a Nebraska if of a U.S. patent was too high. Under the current system, after the EPO examines and approves a patent application, the applicant does not automatically receive a patent effective in all member states. Rather, the applicant must “validate” the EPO-granted patent in each state where protection is desired and obtain and file translations of at least parts of the application in certain states. The analogy would be as if a patent allowed by the USPTO were not fully authorized by the USTPO but rather had to be individually granted by New Jersey, Nebraska, and wherever the applicant can afford to pay for validation.

Everyone saw room for improvement over the last 40 years. And finally, in 2012, the EPO announced the vision for a Unified European Patent would become a reality. However, the reality is not actually the be all and end all dream come true. According to the fine print, the new unitary patent will coexist with the “classical” European patent and the national patents that are examined and issued by each of the states and can be litigated there.

So now, rather than having to choose which states to file my application or which states to validate it if I decided to file EPO application or which states to sue a pan-European infringer, I have yet another option. I can file a “European patent with unitary effect” and probably pay as much as if I had validated my EPO patent in each member country and litigate infringement in the new Unified Patent Court in Paris (with “thematic clusters” of this court in London and Munich), with Court of Appeal in Luxembourg, training center for judges in Budapest, and Patent Arbitration and Mediation in Lisbon and Ljubljana.

Oh look, another point buried in the fine print: some EPO states do not participate in the new unified patent scheme: Spain, Italy, Switzerland, Turkey, Norway, and Iceland among them.

The fact that even after the Unified Patent System each state will still have its own patent granting scheme and courts with authority to resolve patent disputes for that state’s patents or infringement taking place in that country is yet another reason why patent applicants and owners will not necessarily flock to the new unified patent system. In addition, as specified in the statement by the participating member states concerning the share of distribution of renewal fees for European patents with unitary effect, “[w]hen deciding on the share of distribution of the renewal fees, the representatives of the participating Member States will be guided by the criteria listed in Article 13(2) of the Regulation implementing enhanced cooperation in the area of the creation of unitary patent protection, with the aim of allowing all participating Member States to keep their current renewal fee income while at the same time ensuring that those Member States which currently have a low renewal fee income will significantly increase this income.” This means that the new system will be much more expensive than the current system where applicants typically validate their European patent in just a few countries.

What should the European community have done?

Although very difficult and unlikely, they could have obtained agreement from every state in the community to drop its own patent system and delegate all examining, granting, taxing, litigating, and language requirement authority to the EPO and a single patent court and to absolve its own patent office and annuity-collecting laws and agencies.

A much easier solution would have been to price the new unitary patent below the cost of a single national patent of a major country, when all annuities and translation costs are included, which would have driven everyone to the unitary patent system and eventually over several years would have put the national systems out of business. Only with such a scheme would the unitary patent have similar costs compared to the China, Japan, Canada, Russia, and U.S. patent systems. The unitary patent, which was supposed to go into effect after January 1, 2014, and may actually finally be in place in early 2018, is an abject failure from that standpoint.

Michael Fein focuses his practice at Eckert Seamans Cherin & Mellott on intellectual property matters, with emphasis on patent law, as well as advising clients on evaluating intellectual property assets, providing counsel on , licensing, and collaboration agreements. He also represents clients in patent, trademark, copyright, and trade secret litigation. Fein, who earned his JD at Rutgers University Law School and his BA from the University of Pennsylvania, has also served as in-house patent and trademark counsel at a Fortune 100 chemical company and was a patent examiner at the U.S. Patent and Trademark Office.