The United States Climate Alliance, currently comprised of 14 states, is “committed to the goal of reducing greenhouse gas emissions consistent with the goals of the Paris Agreement.” 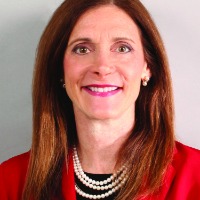 Angela Merkel characterized the United States’ withdrawal from the Paris Climate Agreement as “extremely regrettable.” The Paris Agreement unified almost every nation with the common goal of fighting climate change. It was remarkable these disparate countries could agree on anything, notwithstanding something with such a far-reaching impact. The commitment to curtailing global temperature rise and cutting greenhouse gases benefits the world’s environment and directly impacts economic growth in clean energy.

The United States’ role in reaching this agreement was instrumental and its standing as an environmental leader is diminished by declining to work in conjunction with virtually the rest of the world. Unchecked, America’s action could significantly impact the climate and influence other countries to withdraw from the Paris Agreement as well. This isolation will also diminish America’s opportunities to participate in the growing clean energy economy.

However, indications seem to be pointing toward a global alliance that will persevere. The coalition that formed the Paris Agreement is dedicated to its implementation. China, the European Union, and other governments are maintaining their commitment to the agreement. Moreover, in America, individual states and mayors from hundreds of cities are supporting the principles of the agreement.

The United States Climate Alliance, currently comprised of 14 states, is  “committed to the goal of reducing greenhouse gas emissions consistent with the goals of the Paris Agreement,” according to its website. Additionally, corporations, universities, and other institutions that previously initiated efforts to reduce their carbon footprints by reducing greenhouse gas emissions are reaffirming their commitments.

Although the Paris Agreement alone will not eliminate climate change, it provides a science-based approach to address the crisis facing the world. I am optimistic the work of state and local governments and our corporate and institutional citizens will permit America to meet its commitments as stated in the agreement, and that by 2019, the political winds will shift, enabling the United States to take its place as a leader in addressing the climate crisis.