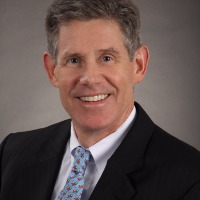 Government agencies tasked with reviewing energy projects may take a harder look at anticipated greenhouse gas emissions following recent federal court decisions that call for a broader scope of environmental review. In a 2–1 ruling issued August 22, 2017, a panel of the U.S. Court of Appeals for the District of Columbia Circuit (D.C. Circuit) vacated a decision by the Federal Energy Regulatory Commission (FERC) to approve a major interstate pipeline project, holding that FERC failed to adequately consider the greenhouse gas emissions that will result from burning the natural gas in downstream power plants. (See Sierra Club v. FERC, D.C. Cir., No. 16-1329.) The D.C. Circuit faulted FERC’s project review under the National Environmental Policy Act of 1969 (NEPA), which requires federal agencies to evaluate the environmental and related socioeconomic impacts of proposed actions prior to making decisions. Although FERC addressed climate change in its NEPA review, the agency declined to engage in what it referred to as “speculative analyses” concerning the “relationship between the proposed project and upstream development or downstream end-use.”

In remanding the case to FERC, the D.C. Circuit held that FERC should have either quantified the downstream greenhouse emissions that will result from burning the natural gas being carried by the pipelines or explained in more detail why it could not be done.

Without estimating and quantifying the project’s greenhouse gas emissions and comparing them to regional emission reduction goals; for example, the D.C. Circuit said it would be impossible for FERC and the public to engage in the kind of meaningful review required by NEPA.

A recent decision in the mining context signals that climate change concerns are complicating more than just the pipeline projects. On August 14, 2017, a Montana federal judge ruled that the U.S. Office of Surface Mining (OSM) unreasonably limited the scope of its NEPA review in support of a coal mine expansion project, because OSM failed to sufficiently evaluate the indirect and cumulative effects of coal transportation, coal combustion, and greenhouse gas emissions. (See Montana Elders for a Livable Tomorrow v. OSM, D. Mont., No. 9:15-cv-00106.)

These cases and others like them present a challenging question for energy sector projects: to what extent should climate change be incorporated into environmental reviews? Climate change is a hotly debated topic with global reach and long-term consequences. How far in time and space may or must an agency go when evaluating greenhouse gas emissions? At what point will the inquiry end?

Another key question is: what metric should reviewing agencies use to measure climate impacts? In March of this year, President Donald J. Trump signed an executive order entitled, “Promoting Energy Independence and Economic Growth,” which (among other things) withdrew the Social Cost of Carbon tool used to measure the harm of emissions in dollar amounts. It was deemed “no longer representative of governmental policy.” The executive order likewise disbanded the interagency working group that developed the tool.

A lack of consensus regarding the appropriate standard for agency review creates uncertainty for the energy industry. It also puts permitting agencies in the difficult position of having to develop an administrative record that can withstand judicial scrutiny, a job that can entail multiple years of data collection, consultation, and assessment. Courts are left with significant discretion to decide whether an agency’s environmental review missed the mark. Meanwhile, public interest groups like Sierra Club are increasingly active in challenging permitting decisions based upon greenhouse gas implications of fossil fuel development

Many environmental permitting decisions implicate both federal and state agencies. For example, an energy project that will impact water bodies in Pennsylvania may trigger joint review by the Pennsylvania Department of Environmental Protection and the U.S. Army Corps of Engineers. If climate change is a project risk that must be studied exhaustively, which agency will decide when enough is enough? Given the many uncertainties and variables associated with evaluating the potential impact of greenhouse gas emissions on climate change, energy companies are likely to face daunting challenges in preparing permit applications if reviewing courts continue to apply the standards articulated in the Sierra Club and Montana Elders decisions.

Joseph K. Reinhart is a shareholder and co-chairman of the energy and natural resources group of Babst Calland. Mr. Reinhart has more than 30 years of experience with environmental law. He has represented industrial and commercial clients in many complex permitting and enforcement matters under federal and state laws; in particular, those that concern oil and gas well development, Marcellus Shale, coal bed methane, coal mining, and non-coal mining.

Meredith Odato Graham is an associate in the environmental and energy and natural resources groups of Babst Calland. She assists clients with a variety of environmental matters and focuses her practice on federal, state, and local regulatory and permitting issues arising under the Clean Air Act.