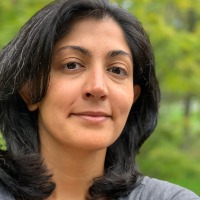 With each passing day, it seems, greater numbers of businesses are choosing to weave corporate social responsibility (CSR) and environmental, social, and governance standards (ESG) into their company values. Likewise, employees, consumers, shareholders, and communities more broadly are increasingly demanding that companies prioritize CSR and ESG.

Younger generations in particular are taking action against climate change, for example, participating in the Youth Climate Strike in more than 100 nations this past September. Fast Company magazine notes that nearly 40 percent of Millennials chose their job based on company sustainability, while 30 percent left a job because of their employer’s lack thereof. Some 91 percent of Millennial consumers, according to the trade publication Sourcing Journal, purchase products according to their social or environmental bona fides. They’re also challenging companies to be better, recently petitioning Nestlé to both stop using palm oil (production of which is an environmental hazard) and limit the amount of natural spring water it extracts.

Investors, too, are a driving force here. A 2018 Morgan Stanley study found that 84 percent of individual investors said they invest to effect social and environmental change, and they have no shortage of companies to choose from. There’s the Dow Jones Sustainability World Index and the S&P 500 Environmental & Socially Responsible Index, and organizations such as the Climate Group (with its RE100 list), Corporate Responsibility magazine (the CR100) and Corporate Knights magazine (the World’s 100 Most Sustainable Companies) are on hand to keep track of it all. Shareholders are demanding action; nearly two-thirds of ExxonMobil investors voted in 2017 for the company to more clearly detail how climate change affects its business.

What are the risks associated with CSR and ESG, and how should a company’s general counsel participate to assure long-term success?

According to Datamaran, a software company that focuses on sustainability and corporate risk, there are currently more than 4,000 non-financial regulatory initiatives globally, and that number continues to grow. In 2018, under Directive 2014/95/EU, companies doing business in the European Union issued their first annual reports containing mandatory non-financial disclosures on policies, risks, and program outcomes related to environmental protection, social responsibility, treatment of employees, human rights, anti-corruption and anti-bribery efforts, and board diversity.

For now, such disclosures remain voluntary in the United States. Any general counsel faced with drafting or reviewing these disclosures, whether voluntary or mandatory, must guard against accusations of “greenwashing”—a neologism that refers to overstating one’s commitment to ESG initiatives, especially given that multiple jurisdictions (to say nothing of consumers) may view the same information vastly differently—while still disclosing “material” deviations to such CSR disclosures.

There is no set standard of materiality for CSR disclosures, especially as regards overseas labor and climate change. This is perhaps due in part to the sometimes competing frameworks established by organizations such as the Global Reporting Initiative, Sustainability Accounting Standards Board, the United Nations Sustainable Development Group, and others. Consider a recent lawsuit against Mars and other confectioners alleging that their cocoa is often a product of child slave labor. Writing for a unanimous three-judge panel, U.S. Circuit Judge A. Wallace Tashima noted that “In the absence of any affirmative misrepresentations by the manufacturer, we hold that the manufacturers do not have a duty to disclose the labor practices in question, even though they are reprehensible, because they are not physical defects that affect the central function of the chocolate products.”

As more American companies publicly post codes of conduct, however, this might well change. All general counsel are urged to have strong backup documentation for all disclosures made, as well as documentation of their analysis as to why certain information was not material and therefore not disclosed.

General counsel may also find themselves defending their companies’ CSR-based advertising campaigns. A recent class-action lawsuit against Nestlé Waters, for instance, alleges that consumers were deceived by “ordinary ground water . . . from wells it drilled” that was marketed as “100 percent natural spring water.” Plaintiffs from eight states seek damages, stating that Nestlé “intentionally concealed that Poland Spring Water does not comply with the standard of identity for spring water under state law,” per the New York Times. Nestlé is defending its labeling. General counsel would be wise to think carefully about all representations made in advertising, and how consumers might interpret them.

During M&A proceedings, the company being acquired is now often judged on its CSR and ESG merits as a means of evaluating its financial strength while simultaneously mitigating the acquisition’s environmental, reputational, and financial risk. The financing parties are also taking a harder look, wary of media backlash. By taking steps to understand their target’s governance structures, emissions, discharges, supply chains, codes of conduct, diversity, and more, general counsel can highlight potential threats or weaknesses to their company’s reputation and identify ways to mitigate or negate such risk through the Environmental Protection Agency’s self-audit program or so-called “Weinstein Clauses” that mandate disclosure of misconduct allegations.

General counsel should likewise closely examine their company’s supply chain,if their company doesn’t have direct control. Many corporations have been accused of using slave labor because of how their vendors treat their workers. To counteract this risk, consider Walmart’s example: The megastore created “Walmart’s Standards for Suppliers” and is auditing its vendors worldwide—including in Bangladesh, Mexico, and Thailand—focusing on safety requirements, working conditions, and prevention of human trafficking.

The U.N. Global Compact’s Business for the Rule of Law Framework highlights how companies ought to engage in their communities, noting that “a strong rule of law allows people and business to feel confident about investing in the future.” That “rule of law” includes protection of investments, property rights, contractual rights, and legal identity, which the Compact concluded is the key to allowing a business to play an “optimal role” to drive sustainable development, on a local and worldwide level.

The Compact urges businesses to align their values, strategies, and operations with certain principles, including human rights, labor, environment, anti-corruption, and compliance. General counsel are encouraged to take an active role in such alignment, confirming that their business realizes the significance of the rule of law in everything they do, internally and externally, to ensure accountability, equality, protection of human rights, and environmental justice is taken into consideration within contracts, litigation positions, media, and events.

For example, Nixon Peabody LLP internally pursued LEED accreditation for many of its offices, earning platinum for its DC Office, and donates the net metering credits generated from our office’s solar panels to low income families through our NP Solar program. Externally, the firm has committed to spending more than 3 percent of its time on pro bono matters (averaging 53 pro bono hours per lawyer in 2018), including representing international refugees, low-income entrepreneurs, members of the LGBTQ+ community, efforts to reduce gun violence, and a commitment of $2 million worth of legal services to businesses that advance sustainability under the Lawyers for a Sustainable Economy initiative.

Companies that genuinely, cohesively embed CSR into their business strategy and culture have reaped the rewards in talent retention, brand reputation, innovation, and performance. According to corporate investment consultant Axioma, “the majority of portfolios weighted in favor of companies with better ESG scores outperformed their benchmarks by between 81 and 243 basis points in the four years to March 2018.” Employing the concept of “shared value,” a term coined by Harvard Business School’s Michael Porter, companies are moving beyond traditional CSR to address specific societal needs via their business model.

Patagonia, for example, was an early adopter of this mindset. In 2012 the brand introduced the “Worn Wear” program for repairing, sharing, and recycling its outdoor apparel, while also educating consumers that keeping garments for an extra nine months reduces one’s carbon, water, and waste footprint by 20 to 30 percent. It boosted its fair-trade coverage to encompass 480 styles, paying a premium for Fair Trade certification and allowing employees to choose where to spend the extra funds, from community projects to taking a cash bonus. Patagonia also started a “$20 Million and Change” internal venture fund to support like-minded clothing, food, water, energy, and waste startups. It has been rewarded with revenue and profits that have quadrupled since 2014, and a 4 percent employee turnover rate that’s well below the sector average of 13 percent.

Or consider Novo Nordisk, a Danish pharmaceutical concern, which participates in the U.N. Global Compact and uses its Sustainable Development Goals framework (SDG) to maximize its impact in two specific areas: health and well-being, and responsible production and consumption. As part of its commitment to providing diabetics with affordable treatment, Novo Nordisk has partnered with the Red Cross to supply low-priced insulin to low-income countries and humanitarian crisis-relief groups. To increase both access and awareness in China, it launched physician-training and patient-education programs. Doing good serves the company well; today its insulin-market share in China is 50 percent, and it has made Fortune’s “100 Best Companies to Work For” list for the last 11 years.

In 2018, a Bank of America Merrill Lynch report reaffirmed that integrating social purpose into a company’s business model is good for the bottom line, noting that firms with a better ESG record than their peers produced higher three-year returns, were more likely to become high-quality stocks, and were less likely both to have large share-price declines or go bankrupt.

Armed with these and other early-adopter success stories, the Business Roundtable—including leaders like Amazon and Apple—recently released a “Statement on the Purpose of a Corporation” signed by 181 CEOs, who committed to leading for the benefit of all their stakeholders, including not just shareholders but customers, employees, suppliers, and communities.

As the global economy continues a perceptible shift toward CSR and ESG criteria, new opportunities and challenges naturally arise. Recently, before the ACC General Counsel Summit, Melissa Kennedy, chief legal officer at Sun Life Financial, observed that “sustainability is central to our business success and strategy. . . . General counsel, as the vanguard of the company’s values and ethics, should play [a] significant role in helping leadership shape the company’s mission and goals, navigate legal issues, and mitigate risks associated with responding to stakeholder demand for sustainable business. There are a number [of] issues that general counsel will have to learn to navigate.”

Companies’ general counsel sit in a unique position, with broad scope and significant authority. Given today’s trends, the motivation for non-financial disclosures and CSR-related representations—whether in advertising, employment ads, purchase and sale contracts, or litigation—will only increase. GCs will need to be primed to respond to demands for more CSR from employees, consumers, shareholders, and the community at large. It’s an opportunity for general counsel to lead their corporations to pursue ESG criteria and help the company achieve greater long-term success.

Gayatri Joshi is Executive Director of the Law Firm Sustainability Network and Vice President of EcoAnalyze.

Alison Torbitt is a Partner at Nixon Peabody LLP.

[The notion of residual matter: an obsolete ministerial interpretation, a brake on innovation] TRANSLATED FROM FRENCH