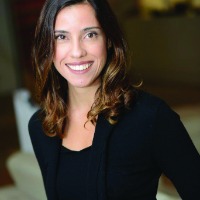 The Paris Agreement was adopted during the 21st Conference of the Parties (COP-21) of the United Nations Framework Convention on Climate Change (UNFCCC) on December 12, 2015. The new agreement on climate change is remarkable in that it attained a global consensus toward a economy, with direct impacts on energy, transport, and the whole environment.

For the first all countries that are signatories to the UNFCCC (and no longer just the developed countries) are bound to establish directives to adapt to the effects of climate change, foster climate resilience, and support the reduction of greenhouse gases.

One notable achievement under the Paris Agreement is the parties’ determination to hold the increase in the average global temperature to under 2 degrees Celsius above pre-industrial levels and to pursue efforts to limit the temperature increase to 1.5 degrees Celsius.

The Paris Agreement has three spheres of action: mitigation, adaptation, and loss and damage. Mitigation is the key of the Paris Agreement and is structured in the Nationally Determined Contributions (NDCs), which are voluntary targets for of GHG emissions set by each country and submitted to the UNFCCC. In accordance with the principle of common but differentiated responsibilities and the capabilities of each, states will be able to choose their level of ambition. The NDCs must be updated every five years and take into consideration the obligation of non-regression—i.e., a state cannot establish less ambitious targets for reducing emissions of pollutants than it had assumed in its previous NDCs. The big milestone is that all signatory countries of the Paris Agreement—developed and developing countries—must submit their NDCs.

Consequently, any country adhering to the Paris Agreement is qualified to host and use Certified Emission Reductions (CERs). This is a significant difference from the clean development mechanism provided for in the Kyoto Protocol, which could only be operated in countries not listed in Annex I (developing countries), but whose output (CERs) could be used by the countries listed in Annex I of the Protocol (developed countries).

The Paris Agreement came into force on November 4, 2016, one month after the date on which at least 55 parties at the convention, accounting in total for at least an estimated 55 percent of the total global greenhouse gas emissions, had deposited their instruments of ratification, acceptance, approval, or accession with the depositary. The global commitments to reduce greenhouse gas emissions will become binding, however, only from 2020 onward.

The Paris Agreement has now been ratified by 157 countries, and 151 of them have already deposited their NDCs. The ratification of the terms of in each country’s national law implies the development of public policies aimed at the development of business opportunity and economic growth in clean energy technologies.

As many of the Paris Agreement provisions are of a pragmatic or indicative nature, future conferences of the parties will have to adopt rules on a number of instruments, such as the economic fund and market mechanisms, to foster other mitigation and adaptation actions.