2017-08-29 2017-08-29 The Paris Climate Accord was a voluntary and non-enforceable approach to resolving climate issues. Best Lawyers

The Paris Climate Accord was a voluntary and non-enforceable approach to resolving climate issues. 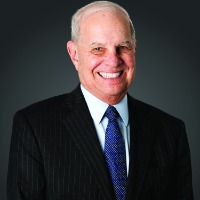 The Paris Climate Accord was a voluntary and non-enforceable approach to resolving climate issues. Despite the U.S. withdrawal, we may “always have Paris” and continuing debates about global warming, climate change, and rising tides. However, we should not be “misinformed.” We should consider certain conditions:

Areas of the world are impacted locally now by rising waters and resultant upland flooding. In Miami Beach, roads previously dry have been submerged and under water during periods of excellent weather when there were no rains and no winds or storms of any kind. Roads in recent decades have been submerged during calm weather due to “Super Moons.” Some scientists have reported that flooding incidents in Miami Beach have increased at least 400 percent a 10-year period. Miami Beach has tax dollars on raising road levels and has installed pumps in certain areas to protect public safety. Across the bay, the City of Miami is now discussing taxation to enable elimination of flooding. Many areas of the Florida Keys have residential homes and structures built on stilts—structural pilings lift access to a traditional first floor by use of stairs and elevators at the level that a third floor would have started years ago. Flooding has occurred in coastal areas in California due to “King Tides.” New York and New Jersey were flooded by Hurricane Sandy in a manner that had not occurred before. They have been planning and spending to eliminate potential problems by changing infrastructure and requiring new building standards to ensure safer replacement structures.

Our laws need to accommodate, cope with, and address rising waters not only by environmental, infrastructure and building code considerations, but insurance and tax requirements. Some flood zones have been, and will increasingly be, modified to impact development. We now have available common law, national flood insurance, consequent flood plain management statutes, as well as storm water controls at the federal, state, and local levels.

However, our regulatory structures were conceived for a more stable climate.

Federal, state, and local land use and related drainage, flood, and permitting laws were designed primarily to keep upland development from encroaching upon waters and wetlands. Now we need to use laws to protect against emergence of floods caused by rising waters and wetlands that encroach on previous upland developed areas. We may need to use existing environmental laws to prevent upland flooding. We may need modifications of laws to protect those on the upland from flooding and deal with possible relocations as people seek to evacuate areas in which they can no longer live. The U.S. Army Corps of Engineers and the Environmental Protection Agency may, in the near future, have to design permit systems to protect uplands. The National Environmental Protection Act (42 U.S.C. §§ 4321 to 4370m-12; NEPA) provides for environmental impact statements for “major federal actions significantly affecting the quality of the human environment” (NEPA, supra, at § 4332(c)) and NEPA’s “Congressional declaration of national environmental policy” (at § 4331(a)) recognizes the need to promote “the general welfare” and “maintain conditions under which man and nature can exist in productive harmony and fulfill the social, economic, and other requirements of present and future generations of Americans.”

We require creative solutions due to varying geological conditions. In Miami Beach, which is on porous limestone, there is no way to dam out rising waters because the water table rises with rising flood tides. As a result, diking and berming could prolong flooding times by retarding runoff and holding the high flood waters longer on the upland property. If there were no dikes and berms, there could be speedier runoff. Places like Miami Beach that were built on sand dunes and flats, which were in many cases submerged, may require more dredging, filling, and elevation of not only the sea walls but of the “upland” areas. The source of fill may not come from the adjacent wetlands and waters that created Miami Beach, but may have to be excavated in other areas.

Solutions, which may work in certain areas, may not be applicable in other areas. There may be creative ways to use existing and projected infrastructure. Many urban communities have elevated highways and metro rails that are, and can be, connected to federal, regional, or local development. Elevated corridors might become more valuable and serve more if public and private development were permitted to allow higher, denser, and more mixed use adjacent to, over, and surrounding such elevated corridors. Public and private housing and public and commercial development at such sites might create areas that could be accessed for housing and other mixed uses that could also be available in times of rising flood waters (and might replace the traditional use for flood victims of existing stadiums and schools at lower levels, which may be flooded).

Many laws and many areas of practice will be impacted.

This is not solely an environmental issue, which will be the subject of new elevated planning and zoning regulations but, also will be impacting workplaces.

New developments may, if combined with necessary infrastructure needs, create extra revenues and community gains resulting from of development rights and rezoning that may be available by increased height and other related designs along elevated corridors.

The Tax Section of the Florida Bar recently announced that it would consider tax impacts on practitioners’ practices caused by climate changes and rising waters.

This is not a matter of debating global warming, climate change, or scientific concepts. It is a matter of dealing with the realities causing new legal issues in increasing areas of legal practice.

Notwithstanding flooding, places such as Miami Beach continue to be among the hottest real estate development locations in the world. As a result, even creative projects based on new infrastructure projects will not solve all climate change issues. Just as teaching cannibals to eat with a fork and a spoon does not constitute satisfactory progress as to eliminating cannibalism, increasing ad hoc recognition and efforts to overcome some climate problems will not enable global solutions.

The concepts as noted above may cause many modifications of legal practices in order to address these emerging issues. This predictive analysis may not cause “shock” or be “mistaken” since climate changes are now, and will continue to be, impacting the practice of environmental law and many other areas of the law.

As Rick suggested to Ilsa in Casablanca, we can expect more climate changes “maybe not today, maybe not tomorrow, but soon and for the rest of your life.”

Joseph Z. Fleming is an experienced litigator and management labor and employment, safety, environmental, and land use law attorney. He can be reached at flemingj@gtlaw.com or 305-579-0517.