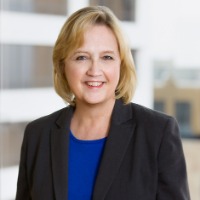 When I began practicing in the early 1980s, family law cases were handled the same as all civil litigation. We conducted formal discovery; filed motions to establish temporary custody, child support, and alimony; and proceeded to pretrial and trial. Cases that settled did so through direct negotiations between the parties and their lawyers—often just before trial, at considerable expense and distress to the clients.

Mediation and other forms of dispute resolution were not part of the litigation process, the traditional version of which often perpetuated conflict between spouses, traumatized children, and left the parties feeling as if they had little say in their own lives.

In the 1990s, family law began to shift away from traditional litigation toward requiring the parties to participate in alternative dispute resolution, or ADR. In Minnesota (my home state) and many other jurisdictions, family-law cases now use early case management to require the parties and their lawyers to establish a “game plan” to try to resolve matters from the start. During an initial information hearing, the parties and their lawyers are encouraged to agree on an informal discovery process, hire neutral appraisers where needed, and resolve disputes through various forms of ADR.

Trials are now rare, usually for only the most high-conflict or complex situations. ADR offers the benefit of speeding things up, enabling the parties to have a greater say in the outcome, lowering costs, and resulting in mutual resolutions—thereby reducing the likelihood that the parties will one day end up in court.

Like most lawyers, family law practitioners bill by the hour. (Contingency fees are unethical in family practice.) Some will contract to provide a limited-scope legal service for an agreed lump sum, such as drafting a divorce decree or representing a party at a motion hearing or mediation session. Billing like this can be a challenge given that family dynamics are constantly evolving, particularly when children are involved. A case that starts with the parties eager for a quick, amicable resolution can suddenly turn ugly and contentious.

When they first retain a lawyer, most clients want an estimate of what a case is going to cost. I can usually provide one, but I let them know that because I bill by the hour, they can lower their outlay by doing some of the legwork themselves. For example, providing me with summaries of assets and budgets (as opposed to just underlying financial statements), or giving me a written summary of facts needed for an affidavit. Where practicable, the more the parties can work out themselves, the less time I need to spend—and the lower the client’s cost.

Families have changed since I was a young lawyer. Most now have two working parents, and the issue of alimony is not as prominent. The majority of my cases involving children now result in some kind of joint-custody arrangement, depending on the kids’ ages and the ability of the parents to cooperate.

As families have changed, so have the processes we rely on to help them resolve their disputes. In the past, a full “custody evaluation” was the norm when parents couldn’t agree on custody or visitation (now called “parenting time”). The evaluator was required to conduct a lengthy assessment and prepare a written report addressing the dozen or so “best interest” factors in the custody statute. The trial court then used the custody evaluation to decide the case, relying as well on the trial testimony of the parents and other witnesses.

Now, by contrast, we have “early neutral evaluations” in which the evaluators meet with the parties and their lawyers to help them establish parenting plans early in the process to avoid a lengthy evaluation. Because parenting disputes typically center on only a few of the best-interest factors, I’m now more likely to recommend that the client have a “brief focused assessment” conducted instead of a custody evaluation.

This abbreviated assessment limits the scope of the evaluator’s work—to address a chemical or mental-health concern of the parents or the child, for example, or the impact of a child’s special needs on the parenting plan. Rather than a formal written report, evaluators now usually hold settlement conferences where they share their recommendations and the parties and counsel, thus informed, then attempt to mediate the dispute.

A case that starts with the parties eager for a quick, amicable resolution can suddenly turn ugly and contentious.

Resolving the property and financial-support aspects of family-law cases has also evolved. Previously, each lawyer hired his or her own expert to appraise the asset in dispute, whether a business or real estate, or to calculate alimony or child support. Trials in turn consisted of a battle of the experts. In the vast majority of cases, the lawyers now agree to appoint neutral experts to conduct the appraisal, or help them create balance sheets and advise on the potential tax consequences of dividing or liquidating certain assets. I also encourage clients to consult with a financial advisor who can guide them in making sound financial decisions amid their divorce—e.g., do we keep or sell the house?

All these changes require lawyers to be creative in how we approach each case, and to channel it through the ADR process that best fits the circumstances. The advantage of using ADR and neutral parenting and financial experts is self-evident: The parties are more likely to settle in a manner they see as fair, thereby lessening the likelihood of future courtroom visits. Crucially, too, divorce’s negative impact on children can be reduced.

Kathryn Graves is a family law attorney and shareholder with Henson Efron in Minneapolis, Minnesota. With over 30 years of experience, she brings a wealth of knowledge to her family law cases including marriage dissolution, child support, custody issues and post-decree disputes. She employs the use of alternative dispute resolution (ADR) and utilizes mediation in most cases. Katy is a Qualified Neutral under Rule 114 of the Minnesota General Rules of Practice. She has been on the Best Lawyers in America list since 2015. Learn more about Katy and Henson Efron at hensonefron.com.

Art and mediation: what needs to be done to improve the security of art sales and transactions

An Interview With Serhiy V. Piontkovsky of Baker McKenzie

How Mediation Is Changing Family Law