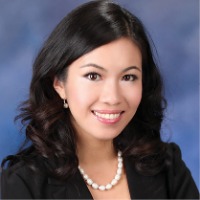 We live in distressing times, where the divorce rate is the highest in the history of California and America overall. Therefore, it is important to be familiar with child support and child custody laws even if you are in a happy relationship. Understanding the law doesn’t mean you are looking for alternatives but preparing yourself in bad times come your way in the near or far future.

California family law has been incorporated in order to settle all such disputes, as California is a community property state. Community states declare that the property equally divided among two spouses at the time of divorce/separation in case a prenuptial document has not been signed. Some salient features, along with general misconception in the mind of the masses, have been discussed in order to educate parents of today about their legal rights. Some of the features include:

The best interest of the children.

All legal documents pertaining to the California state laws in regards to child support and child custody point toward one thing: that the interest of the child’s health, well-being, and psychological needs are the number one priority in any legal dispute in all California courts. It is the parent’s obligation to give financial and moral support to their child for that child’s interest, even after divorce.

The general perception that prevails in society is that the best care for a child can only be done by the female. However, recent court rulings have busted this myth, because the best interest of the child comes first and the gender of the parent comes later. For instance, breastfeeding moms in some cases have been asked to pump milk in order for the dads to feed their children if custody is given to the fathers by the court. Therefore, the best interest of the child is kept first, which usually gives 50/50 custody to both parents, barring issues that may arise while hearing the case.

It is also a common belief that the parent who earns the most money will automatically be granted custody of the child. This is certainly not the case since many other factors are considered before the custody decision is made by the court. The law usually allows for 50/50 custody in normal cases. However, in a case where negligence or abuse is proved toward the child, the custody will be completely given to the non-abusive parent.

Child support is calculated on salary only.

Child support is not calculated only by salary. It is usually calculated by the DissoMaster, which is a computer program that calculates the amount of child support that has to be paid based on different inputs. These inputs include income, custody time, schooling charges, and certain other expenses.

A recent trend indicates that parents are contesting child custody because it is cheaper than child support in a state like California. This is against the interest of the child and is usually considered a crime according to state laws if a parent doesn’t fulfill the rights of their child after separation.