2017-08-31 2017-08-31 Often we come across statements about the complex business environment in Brazil—questions about the diffic... Best Lawyers 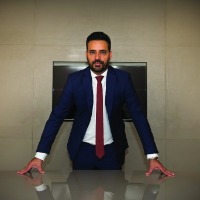 Often we come across statements about the complex business environment in Brazil—questions about the difficulties of starting a business, the slowness of the judiciary, and the legal aspects of tax, labor, and business. Most of the time such statements have a real basis, but it is undeniable the enormous advances Brazil has made in the last 10 years.

With over 200 million inhabitants, Brazil is an incredible consumer market, with enormous natural resources and, undeniably, the economic power of Latin America. For those who wish to do global business, the Brazilian economy can never be disregarded. In 2014, Brazil was the fifth country to receive the largest volume of investments in the world, according to Unctad.

There are seven steps ahead for the Brazilian business environment in the next 10 years.

Nowadays many Brazilian courts use an electronic judicial procedure, so it is possible to follow in real time any judicial procedure around the country. This is cheaper for a company to defend its interests in Brazil. We can’t forget that Brazil is a continental country.

In 2017, a new outsourcing law came into effect, modernizing a controversial issue of Brazilian labor legislation. It is currently allowed to outsource any activities and no longer just some activities as before.

In 2017, Brazil modernized its employment law and solved chronic problems. In this way, Brazil made it cheaper to hire and easier to fire, too. Brazil hoped to increase investments its companies and made its companies stronger to compete in the world market.

Of Brazil doesn’t live in a fairytale. However, if you look to the past years, you easily recognize that important steps have been taken in the last 10 years in the Brazilain business environment. In the next year, Brazil has a presidential campaign, and the country has a big opportunity to balance its environment. To be certain, Brazil has a lot of attributes to highlight as an international economy in the world.

The Quest for Smarter, Better RFPs

When is a Plum a Potato Chip?

Going Into Business With a Partner

Restrictive Covenants in Michigan: A Cent, a Peppercorn, or Continued At-Will Employment

Q&A with Rogério Miranda of SVMFA