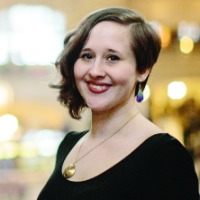 Can you tell me a bit about how you initially became involved in law and some of your proudest accomplishments in your career?

My father, Leon Jerome Hoet, recognized Belgian engineer and architect, was my role model despite having died when I was 11 months old. From an early age, I accompanied my mother, Eudocia Linares de Hoet, to the courts and law firms in her perseverant struggle to legally defend the family inheritance and successfully raise four children. There began my first contact with the law and concept of justice. Upon entering adolescence, I was admitted to a Seminary of Eudist Fathers, and despite not being mature for the priestly vocation, during that period the idea of justice and defense of the less favored were rooted in me, flourishing the idea of being a lawyer.

Under the teachings of my mother—“Do not fear; nothing is difficult impossible” and “Frustration, depression, and surrender must be discarded; overcome difficulties with perseverance and continue fighting”—I started my career as a litigator, even before graduating. I have worked in the legal areas of mining and oil, business, foreign investment, and currently as a mediator and specialist in intellectual property.

My greatest professional achievement is the creation of the firm Hoet Pelaez Castillo & Duque, which specializes in intellectual property, of J. Bentata, created in 1942. At present, there is a separation of our IP and corporate/commercial activities. As a founding and senior partner, I have contributed with my partners to bring both divisions to the privileged position they currently have within the legal forum in Venezuela and internationally. We are a professional team of more than 100, including 60 lawyers and other professionals, law clerks, and paralegals.

In addition, I am now president for the second time of the World Jurist Association (WJA), a non-profit organization with seats at the United Nations, whose main objective is to fight for world peace through the rule of law: pax ex . It has always been my personal commitment to justice, and today I am not only fighting for justice and peace in Venezuela, but also for all peoples of the world.

During my first WJA presidential period, it was a great achievement to organize and finance in 1989 the first congress on energy law: “Energy for Peace and Development,” with more than 1,000 attendees from 22 countries. This year we are organizing, together with a renewed association, the 25th World Congress of the WJA in Aruba, from October 30 to November 3, 2017, under the theme “Energy: Peace and Justice for All.” I have a new aspiration and challenge—to create a new international human right: The right to to a sustainable energy for the permanent development of peoples, which is the main objective of this congress.

After 50 years of a successful career, I am pleased to have complied with my mother’s plea of not doing divorces, making demands against poor people, or getting criminals out of jail. She asked me this when I expressed my desire to become a lawyer, and thankfully I have rid myself of the pains of practicing those areas of law. Additionally, in my experience as lawyer and resident of the United States for 12 years, I added two more restrictions: not to advise anyone, not even my family, on tax and immigration issues.

What challenges have you experienced in your practice areas that are specific to Venezuela?

I started my career within the energy and mining area. I have always thought that energy was a gift from God and not an instrument of governments for war, to profit from perverse and destructive corruption, or to oppress peoples. There is a link, a supra-legal one, between energy, peace, and justice. As my great aspiration was to advise managers and directors of large companies, I decided to leave Venezuela to specialize, in order to obtain a broader business and to learn languages. I studied in Paris, Strasburg, Amsterdam, and Alcalá de Henares. When I returned, I entered the Ministry of Oil and Energy of Venezuela, and it was not easy to stand out in an industry dominated by engineers, geologists, economists, and technicians. However, in five years, I achieved my goal—I stood out as a lawyer that did not create problems, but always found the best solution. So I decided to take off and follow a path that would bring me closer to internationalization.

I arrived at Estudio Bentata in early 1974, one of the most important national and international intellectual property law firms, which was later renamed Estudio Bentata Hoet & Asociados. International investment saw its glory years in Venezuela due to the oil boom. Unfortunately, with the advent of so-called socialism in 1998, foreign investments declined and intellectual property has had its worst enemy in government. Despite that, we have been able to grow as a law firm, expand to other areas of law, consolidate our services in intellectual property, and open our branch in Aruba, through which we provide specialized services in the Caribbean, including Cuba, and our liaison office in Wellington. We have succeeded in consolidating an excellent team of people committed to justice and full of hope for an inevitable change. Venezuela’s biggest IP constraints have been corruption and the wrong ambition of the politicians ruling, but the country will be reborn from its ashes as the Avis Phoenix, and there we will be, contributing with all our knowledge for its reconstruction in democracy.

Based on where Venezuela is currently at in an economic sense, what are some pressing legal issues there that you’re seeing?

Venezuela is currently a deep economic crisis due to wrong decisions by the government. As it has been widely known, the government of former President Hugo Chávez and his now predecessor Nicolás Maduro have been in power for 19 years, which in return has also led to a deep political crisis. Unfortunately, during these years I have seen many pressing legal issues. To name a few: embezzlement of public funds, corruption, money laundering, breaking off the democratic order, non-separation of the public powers, disrespect of the National Assembly, of the public administration, lack of elections, and the continued violation of human rights.

The intellectual property area has not escaped from the crisis. Exchange rate controls have created enormous economic disparities.  For instance, in 2015, the Venezuelan PTO requested foreign entities to pay official fees in U.S. dollars at a very detrimental exchange rate. This has made Venezuela less competitive, owing to outrageous and discriminative rates for non-Venezuelan entities. That has affected our practice, but on the other hand, it has also driven us to diversify our services, making us a leading full-service law firm in Venezuela and the Caribbean.

Even though economic and political crises have created chaos, rather than being a mere constraint, this combination leads to my motivation, anticipation, and creativity on my search to figure out new challenges. Although Venezuela is currently an unprecedented crisis, it is not its first.  As many may have seen in the news and newspapers around the world, a recent plebiscite took place on July 16, 2017, and the population voted against President Maduro’s Constituent Assembly. I strongly believe that this crisis will soon come to an end—general elections will take place, and the new government will have the responsibility of addressing and acting against the aforementioned distorted legal issues.

What differences are you seeing between Venezuela and South America as a whole?

In terms of , we are united as a region by legislations of common origin: Roman law and Napoleonic Code. In general, South American laws are very similar except for some Caribbean Common Law systems. On the other hand, nowadays Venezuela is facing economic, political, and social disadvantages in comparison to all other South American countries. However, during the 20th century, Venezuela received immigrants from all South American and European countries that were devastated by wars and political, economic, and social crises. Today, most of those countries have stronger economies than Venezuela. As I said before, I am positive about a prompt resolution of the current conflict. The repression of Pinochet or that of the Peruvian, Dominican, or Brazilian militaries or the Colombian guerrilla were not less ferocious and savage than that of Chávez and Maduro, and there those countries are growing and improving their economies.

Unlike other countries in the region that went through similar crises, Venezuela is a country with undeniable economic wealth. Sadly, this was wasted by corrupt rulers. Nevertheless, from my point of view as a businessman, which I have been in Venezuela as well as in the U.S., and as an international business lawyer, I think that no country falls into bankruptcy; that does not exist. The post-Hitler Germany, Italy post-Mussolini, and the Greece of our days were not completely broken. Venezuela suffers from the effects of an economy almost destroyed following the collapse of socialism of the 21st century, but beyond its great natural resources, it has values that will make it resurge even faster than the most pessimistic predict.  In my opinion, some aspects that will consolidate this rapid recovery are:

The Quest for Smarter, Better RFPs

When is a Plum a Potato Chip?

Going Into Business With a Partner

Restrictive Covenants in Michigan: A Cent, a Peppercorn, or Continued At-Will Employment