When corporate negligence causes a tragedy in the greater Washington, D.C., area, the victims often turn to the lawyers at Regan Zambri Long PLLC for their record of success and compassion for their clients.

Three years ago, in August 2016, Catholic Charities was helping scores of Maryland residents who had been rendered homeless by a gas explosion at their Silver Spring apartment complex. The explosion and ensuing fire killed seven and injured many more. Wanting to ensure that the victims received the best legal representation, the nonprofit organization reached out to firm President and Senior Partner Patrick M. Regan. Regan, who had previously offered years of volunteer work for Catholic Charities, felt compelled to accept the case after meeting with the survivors.

“These are some of the most humble, hardworking people I’ve ever had the honor of representing,” Regan said. “They are construction laborers, cooks, and minimum-wage workers—many of whom work two jobs—and they have suffered a tremendous trauma. They are parents, too, and have lost children in this tragedy, which was entirely preventable. Their trust in us is sacred, and we will be their voice in court.”

Regan leads a team comprised of Senior Partner Victor Long and firm attorneys Christopher J. Regan and Emily Lagan, as well as other law firms, in the pending litigation against the landlord, property owner, and gas company. The trial is scheduled for December 2019 in Montgomery County Circuit Court.

The case is reminiscent of others that helped the lawyers at Regan Zambri Long establish themselves as a go-to choice for people injured as a result of the carelessness of others. Over the course of its 23-year history, the firm has secured more than $500 million in verdicts and settlements on behalf of clients. Regan Zambri Long has also set legal precedent in matters concerning smoke and carbon monoxide detectors. The result of one recent wrongful death case had far-reaching implications across Maryland, after the firm had successfully fought to change state law to require the installation of battery backup systems in smoke detectors. This intimate knowledge of the law helps establish the firm as a statewide leader in its practice areas.

“This was a senseless tragedy that could have been prevented had either the gas company or the apartment management company followed the common-sense rules and regulations that keep all of us safe,” said Regan, who was named "Lawyer of the Year" for Medical Malpractice Law—Plantiffs by Washington D.C. Best Lawyers, first in 2014, then again this year. Best Lawyers also named Senior Partner, Vice President and Founding Member Salvatore J. Zambri as this year’s "Lawyer of the Year" for Product Liability Litigation—Plaintiffs.

Regan also noted the National Transportation Safety Board’s April 2019 conclusion that the probable cause of the explosion was “an unconnected vent line that allowed natural gas into the meter room where it […] ignited.”

“The tenants had been making gas odor complaints to management for months leading up to the explosion, but management didn’t act,” he added. “They gambled with the lives of the people who paid them rent. We will hold them accountable for those choices.” 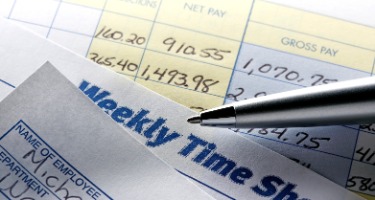