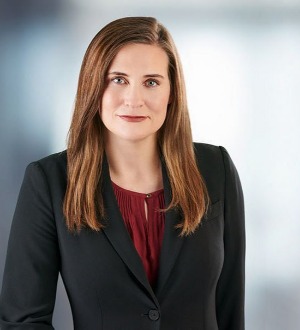 At Moss & Barnett, our estate planning and family law attorneys work closely to address issues that may arise before or after marriage. Without this coordination among advisors, issues can be overlooked resulting in unintended, often negative consequences for the client. Two recent decisions – one by the United State Supreme Court and one by the Minnesota Supreme Court – underscore the importance of this collaboration.

The first case involved a challenge to a Minnesota law that automatically revokes any beneficiary designation made in estate documents to the former spouse, Minn. Stat. § 524.2‑804, subd. 1 (2016) (the “revocation-upon-divorce statute”). What is more, this dispute went all the way to the United Supreme Court – highlighting the importance of updating the core estate plan, but also beneficiary designations, following a marital dissolution.

In Sveen v. Melin, 138 S.Ct. 1815 (2018), the Court ruled that this law does not violate the contract clause of the Constitution. After Mark and Kaye married, Mark bought a life insurance policy naming Kaye as the primary beneficiary, designating his two children from a prior marriage as contingent beneficiaries. In 2002, Minnesota adopted its revocation‑upon‑divorce-statute. After ten years of marriage, the couple divorced. Mark did not update the beneficiary designations on his life insurance policy, and the divorce decree did not specifically address this policy. Four years later, Mark died, the revocation‑upon‑divorce statute automatically revoked Kaye’s beneficiary status, and the two children became the primary beneficiaries. Kaye objected that the revocation unconstitutionally impaired Mark’s contract rights in the insurance policy.

As judiciously noted by the Supreme Court, “All good trust-and-estate lawyers know that “[d]eath is not the end; there remains litigation over the estate.” Litigation is exactly what occurred. The insurance company filed an interpleader action with the district court to determine whether the revocation statute applied. The two children won in the trial court, but the U.S. Court of Appeals for the Ninth Circuit reversed the district court, holding that the revocation‑upon‑divorce statute impermissibly impaired the contract because it was enacted four years after the policy took effect. The U.S. Supreme Court, in an opinion by Justice Elena Kagan, noted that while the statute did change the beneficiary designated by the policyholder, someone who gets divorced does not usually want to have their former spouse remain as the beneficiary while pointing out that if a policyholder wants to keep a former spouse as the beneficiary following a divorce, he or she simply needs to notify the insurance company and update a form. Thus, the law falls within the “minimal paperwork burden” that the Supreme Court has allowed other laws to impose without violating the contracts clause.

This case highlights the importance of updating one’s estate plan following major life events such as a divorce. Beneficiary designations are often overlooked in the dissolution process, and the failure to properly update your beneficiary designations may result in unintended distributions. It is imperative that the family law attorney coordinate with an estate planning attorney to ensure not only that the client’s wishes are met, but also that the client is adhering to the terms of the dissolution.

The couple in Kremer had planned a destination wedding in the Cayman Islands. The soon‑to‑be husband approached his fiancée just three days before they were scheduled to leave for their wedding with a fully prepared agreement that he had signed. He made it clear to his fiancée that if she did not sign the agreement the wedding would be canceled. The couple’s family members had already paid for their travel to the wedding, and some of them were on their way to the Cayman Islands. The soon-to-be wife was not able to meet with the attorney she had previously used. She was able to meet with another attorney and signed the agreement. The couple left for their wedding the next day and were married. When the wife later filed for divorce, she challenged the enforceability of the premarital agreement.

The Minnesota Supreme Court began its analysis of procedural fairness by determining whether any portions of the agreement addressed non-marital property. Any such provisions would have been subject to the less strict statutory test, which requires: (1) full and fair disclosure of each party’s earnings and property; and (2) that each party had an opportunity to consult with legal counsel of his or her choice. Because the couple’s premarital agreement only made general references to “property” and did not clearly distinguish between “marital” and “non-marital” property, the Supreme Court held the entire agreement was subject to the more stringent common law test.

Under the common law test, a premarital agreement is procedurally fair if: (1) there was a full and fair disclosure of the parties’ assets; (2) the agreement was supported by adequate consideration; (3) both parties had knowledge of how the terms of the agreement impacted their rights; and (4) the agreement was not procured by undue influence or duress.

In Kremer, the Minnesota Supreme Court concluded that the couple’s agreement failed the procedural fairness analysis under the common law test. Specifically, the Court held the agreement lacked adequate consideration and was procured by duress due to the timing of the wedding and the husband’s “threat to call off the wedding.” As a result, the premarital agreement was invalid and unenforceable.

In practice, most such agreements address the characterization and division of both non-marital and marital property. Thus, if the enforceability is challenged, it is generally safe to assume that at least some portion of the agreement will be analyzed under the multi-factor common law test and not the less exacting statutory test for procedural fairness.

Spouses who entered into a premarital agreement before the Kremer decision may want to have an attorney review their agreement and surrounding circumstance to determine if it has any legal deficiencies. If the pre‑Kremer  agreement is seriously defective, it may be necessary for the couple to enter into a post-marital agreement to amend their original agreement.

It is important to have both a family law attorney and an estate planning attorney review provisions in a premarital agreement to ensure that the agreement meets both the statutory and common law requirements. Without this collaboration, portions of the agreement can be deemed invalid.

The Sveen and the Kremer cases underscore the importance of collaboration between estate planning and family law attorneys. Long-standing premarital agreements can be found invalid or result in unintended consequences, and beneficiary designations may be changed by operation of law. These cases also demonstrate the need for ongoing review and updating of estate plans to be sure that they have not been affected by later developments in the law – and to ensure that they still meet the goals of the parties.