Is it a good deal and a safe opportunity for investors? 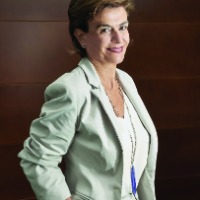 When a company is legally declared in insolvency by a commercial court, there are, at least in principle, only two final ends: the company reaches an agreement with its creditors for a write-down of debts and/or moratorium of payment or, what is likely in Spain, this agreement is impossible to reach and the company has to go to the winding-up phase in order to pay, as far as possible, its debts.

However, since the act insolvency entered into force in September 2004, and despite not ruling anything about it, it was soon considered to be a better alternative to the sale; it was not the shares of the bankrupt company, but one or several of their productive units that were the most profitable. This formula had a good reception by the Spanish commercial courts since jobs were maintained as well as the industry itself because of it.

In fact, after several years and the unstoppable progress of the economic crisis, the sale of the productive units in a common formula and very interesting investors and purchasers. Some of the examples of these sales are Cacaolat, Grupo Indo, Aventia, La Seda, and Isolux, who recently declared bankruptcy.

Thanks to this formula, and contrary to what would happen if the shares of the bankrupt company were purchased, the acquirer of a productive unit does not assume the debts of the company so long as the purchase is made “clean” without dragging the previous debts or liabilities. Nevertheless, the assent or shortage of regulation of this kind of operation in the act insolvency generated many uncertainties in investors. For instance, was the buyer liable for the debts that the bankrupt company owed to their workers? Was the buyer liable for the unpaid taxes? Was this formula contrary to Directive 2001/23/CE?

Fortunately, the vast majority of these questions have disappeared. With respect to conformity of this formula with the European law, the ruling of the EUCJ rendered on January 28, 2015, considered that this provision to the European rule was not contrary to allowing a member , within the framework of an insolvency proceeding, the debts owed by the assignor of a contract or labor relations, including not transferring the social security legal system to the assignee.

The most important step in order to get the essential legal security was the Act 9/2015, May 25, whose purpose was “to ensure as far as it’s possible the continuation of the economic activity, making easier the sale of the set of holdings or productive units of the bankrupt company.” This warranty, as its logic, is obtained through the concrete regulation of the matter itself in the new Article 146 of the act insolvency.

(i) It is ruled that the purchaser will not be liable for the debts of the bankrupt company, unless otherwise expressly indicated. At first, there was not any exclusion, including all the claims against the estate and even the taxes.

(ii) It is established that the purchaser, if it is their will, will be surrogated in the contractual position of the bankrupt company in those contracts related to the continuation of the economic activity and, what is more important, without the consent of the other party.

(iii) The assignment establishes the licenses or the existing administrative authorizations in favor of the purchaser. This rule forbids that the administrative entities may decline those licenses or modify them in order to establish harder conditions for the assignee than those that had the bankrupt company.

In conclusion, it looks pretty clear that after the rule of 2015, the act insolvency has turned the sale of the productive unit in an optimal instrument for investors who have access to the acquisition of a company by a good price and with the maximum legal guarantees.

Salvaging an Insolvency when the Liquidator was Invalidly Appointed