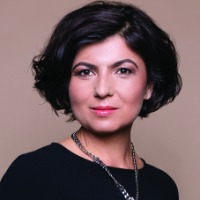 In the economic context of the last decade, most companies in Romania have been affected by insolvency procedures, either as debtors in default or as creditors, with a low chance of recovering their debt in a reasonable time.
For companies, insolvency may be viewed as a solution or a problem depending on the perspective and the insights on the matter, which is multidisciplinary, requiring legal, management, and accounting knowledge. For professionals, restructuring and insolvency require a creative, flexible, and goal-oriented approach apart from an extensive and in-depth knowledge of various areas of expertise, such as mergers and acquisitions, project financing, employment, and litigation.

One of the key elements to make a success story out of an insolvency case by succeeding to restructure the business, preserve its identity, or even expand is to make the debtor liaise with its important creditors to find a common middle ground.

The first step in the process is to identify the signs of an imminent insolvency, demand professional legal and financial advice, and file for insolvency as soon as possible. The mere filing is a rather simple process—the more difficult part is to have a vision on the future implications from many perspectives, including legal, financial, business, and reputational as well as trying to intelligently and creatively balance debtor’s needs with creditors’ expectations.
On a general note, from a legal the current insolvency legislation in force is quite balanced and offers sufficient protection to both debtors and creditors. Importantly, the management prerogatives remain with the debtor under the supervision of the creditors and the judicial administrator while the syndic judge is called to ensure the legality of the entire process and settle any potential disputes between the parties involved in relation thereto.

The insolvency practitioner plays a particularly important role, and it is essential that the latter has the necessary expertise and the right overview. That is why thinking through the entire process, seeking professional help, and choosing qualified and experienced professionals as judicial administrators to be further endorsed and confirmed by the creditors during the process is critical and may make the difference between a successful reorganization and bankruptcy.

The most important aspects are occurring during this phase, such as drafting with the appointed preliminary table of receivables’ judicial administrator and its report on the causes of the insolvency, confirmation of the appointed judicial administrator by the creditors’ assembly, taking preliminary restructuring measures, and starting negotiations with the important creditors to create the proper basis for future cooperation during the reorganization period.
Equally, the debtor and the judicial administrator have a difficult mission during this observation period, apart from the procedural steps outlined above. The challenge resides in finding the proper balance between, on one hand, offering the creditors a reasonable degree of comfort that the reorganization is possible, that the chances for them to recover their receivables to the best extent are righteously preserved, and that nothing is allowed to diminish the value or protection of their receivables. On the other hand, it can be helping a debtor facing reputational damage and overnight reluctant business partners and suppliers.

In this context, the constructive partnership between the company management and an experienced judicial administrator is, without a doubt, the best solution to overcome critical moments and mediate the often contradictory interests of the creditors.

Experience shows that the chances of having a successful reorganization plan leading to the company’s going out of insolvency depend on the duration of the observation period and how things are handled by the debtor and the judicial administrator during the time. Although it may be first seen as a time of growing and gathering resources to sustain a viable reorganization plan, a too extensive observation period due to endless procedural battles between debtor and/or creditors is leading, in most cases, to weakening the chances of successful restructuring because the creditors become impatient, the business partners may have already found alternative business opportunities, or the key employees may have decided to leave.

Furthermore, other elements to consider are the practical viability of a reorganization plan that gives the market constraints, the degree of support from the financing creditors, the appetite of such to still sustain the business that requires sophisticated and sometimes rather sensitive assessments from various perspectives including legal, financial, business, and marketing.

As said, insolvency may be either a solution or a problem depending on the perspective. However, a well-managed insolvency can make that difference.