For Hajime Ueno of Nishimura & Asahi—Japan’s 2020 “Law Firm of the Year” winner for Insolvency and Reorganization Law—the demands of a more globalized world are changing the nature of their practice and pushing the firm’s reach beyond Japan’s borders. In an interview with Best Lawyers CEO Phillip Greer, Ueno discusses working with the government after the devastating earthquake; the international demands transforming Japan’s business standards and insolvency practice; how the firm is undertaking niche practice areas; and their plans for a more successful future.

How do you see insolvency and reorganization law evolving in Japan in the coming years? Do you see any changes, improvements, or trends? Where do you see it evolving?

Hajime Ueno: Well, firstly I think the number of cases for insolvency will most likely, if not definitely, go up. It will increase this year or by the end of this year, and most likely sometime around the Olympics in Tokyo. With that as a preface, I think the practice in Japan is really stable and actually very speedy, perhaps contradictory to your perception.

Having said that, there is room for improvement. We are actually sensing judges in bankruptcy courts in Japan develop a sense of urgency to try and accommodate creditors from abroad or sponsors investing from abroad. Hopefully, we will see more judges with a globalized sense of the ways in which they handle cases, which should be a good way to welcome foreign investors. That's one way that Japan's practice could evolve.

Another is probably the obvious one: the technology. At least on the practitioner's side, we see changes coming in the sense that we will probably be adopting AI-related systems or solutions to accelerate certain matters, such as the claim analysis process, what the steps are, how we treat the creditors, and so forth.

Can you tell me about a landmark case from the last couple of years that your firm is especially proud of?

We have a number of cases that we take pride in, including cases relating to Toshiba, Takata, Sharp, Skymark Airlines as well as Japan Airlines, but we cannot discuss our practice without referring to TEPCO, the Tokyo Electricity Power Company, which faced financial difficulty following the Fukushima nuclear plant disaster more than eight years ago.

The company was a triple-A company. At one point, it was rated higher than the government itself, so the company was really a stable, blue-chip stock company, so to speak. But with the Fukushima disaster, overnight, literally overnight, it went into financial difficulty because no one was able to predict or accurately assess how much of the damage claims TEPCO would need to honor or be responsible for.

Although the banks did immediately provide the company with emergency loans and such, we still needed to find a way to keep the company alive. There were arguments that we could let TEPCO go bankrupt and either completely restructure it or liquidate it, in the sense that it did not manage the disaster in a proper way, and so on. Ultimately, the decision came down to the need to sustain the company in order to prioritize restitutions being made in a timely manner to the victims of the disaster, which we didn’t think liquidation would provide.

The firm’s other strength is that we are not shy about engaging in new practice areas. For example, crisis management was not a practice area for attorneys in Japan, but our firm was the first to enter that arena, and now it’s one of our largest practice areas.

It will be a long process, but TEPCO has gradually become more stable and is seeking ways to become competitive in the market again in recent years.

Are there any important policy changes locally or abroad that are going to impact insolvency or reorganization law? Anything in the pipelines you think will change up the practice?

How does your firm, and specifically this practice, stay agile against its competitors?

We are also one of the few, very few, firms that really are trying to become a global insolvency group, in the sense that we are really trying to be upfront and up to speed on what is happening in the insolvency and reorganization landscape outside of Japan.

Is there anything else that you haven't mentioned for this practice area or for other groups of the firm, that you're particularly proud of, that you'd like to say?

Japan is, unfortunately, a shrinking economy because Japan’s population is declining. So, Japanese companies will need to go outside Japan’s borders. Japan’s insolvency practice will expand in the global arena to the point that every single insolvency case involving Japan or Japanese companies will have cross-border components maybe five years from now. We are keenly aware of the need to stay up to speed with what is happening outside of Japan, and we want recognition outside of Japan, too. That’s been one of our main areas of focus.

Other than that, the firm’s other strength is that we are not shy about engaging in new practice areas. For example, crisis management was not a practice area for attorneys in Japan, but our firm was the first to enter that arena, and now it’s one of our largest practice areas. Other firms are trying to catch up, too.

Another example is our close relationship with the government on World Trade Organization (WTO)-related work. Because our work here is for the government, it doesn’t allow us to make big profits and the like, but we still handle quite a lot of WTO-related cases. Our close work with the government has helped attract other private clients.

Overall, our firm’s readiness to engage in new, sometimes niche, areas of law that have the potential of growing and expanding, has been one of our great strengths. 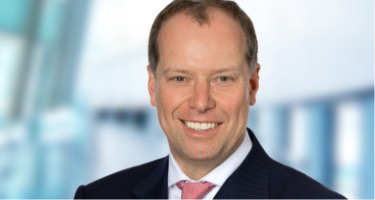