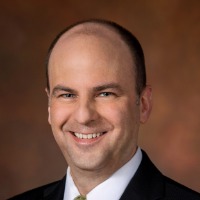 As coincidence would have it, I watched Donald Trump’s speech announcing his candidacy while waiting for a client’s interview at the Milwaukee office of U.S. Citizenship and Immigration Services. Then-candidate Trump declared, “When Mexico sends its people, they’re not sending their best … They’re bringing crime. They’re rapists.” There was a collective gasp from the captive audience of intending immigrants over his inflammatory comments. I assured my nervous client that Trump could not win.

I was wrong, like many Americans who never expected Trump to win the GOP nomination let alone the presidency. President Trump ran on a platform of curbing both legal and unauthorized immigration. This article explores what changes have actually occurred during his first year with a focus on the immigration courts.

While there has been some continuity from prior administrations, the central concern is that his stated policies—if effectuated—will only exacerbate an already overburdened system.

Under the Obama administration, the immigration courts experienced a substantial backlog of pending cases due to enhanced enforcement while the number of immigration judges remained steady. In particular, Immigration and Customs Enforcement (ICE) relied heavily on issuing detainers, which ask that a jail continue to detain an individual suspected to have violated immigration law long enough for ICE to assume custody. Based on my own experience, the most common offenses resulting in ICE detainers include operating a vehicle without a license, drunk driving, and other assorted misdemeanors.

Although ICE detainers are controversial (as they may be both unconstitutional and statutorily invalid), they became prevalent during the Obama administration. Detainers cut down on the administrative costs of apprehending undocumented immigrants. As a consequence, the typical immigration judge’s docket ballooned to about 1,500 active cases, which is four times the amount a typical federal district court judge handles. There are many undocumented immigrants who are eligible for relief from deportation, and thus, are entitled to a final hearing where testimony is taken and evidence filed. I have numerous clients scheduled for final hearings in 2021 and 2022. Given the lack of resources, crushing , and the high stakes involved, the union president for immigration judges remarked that the immigration courts are like administering “death penalty cases in a traffic court setting.” There are legitimate concerns over an immigrant’s right to due process in our immigration courts.

President Trump inherited both the ICE detainer enforcement mechanism and the backlogs in immigration court. From my perspective, very little has changed between the two administrations in this limited respect. I have not seen a major uptick of individuals with no arrest or criminal records being placed into immigration court during the first year of the Trump administration.

Like before, undocumented immigrants arrested or convicted of misdemeanors comprise the majority of my immigration court clients under Trump.

Nonetheless, President Trump’s immigration policies have departed significantly from his predecessors. He eliminated President Obama’s memorandum on “prosecutorial discretion,” which encouraged ICE lawyers to administratively close low-priority cases. He has issued memoranda that have made any undocumented person an enforcement priority regardless of a criminal record. In September, President Trump announced the phasing out of Deferred Action for Childhood Arrivals (DACA), which was a program Obama started in 2012 for people who were brought to the United States at a young age. There are about 800,000 people with DACA. In November, he ended Temporary Protected Status (TPS) for 60,000 Haitians and 5,000 Nicaraguans. There are signals that President Trump intends to end TPS for 57,000 Hondurans, and he recently did so for 195,000 El Salvadorans.

By eliminating DACA, TPS, and prosecutorial discretion, the Trump administration’s policies may strain the immigration courts even more if ICE intends to pursue these individuals who have now been stripped of protection from deportation proceedings.

Moreover, immigration judges and the Board of Immigration Appeals (BIA) are employees of the Department of Justice. Attorney General Jeff Sessions has the power to overrule BIA decisions, and he recently issued his intent to review BIA decisions that give immigration judges the authority to administratively close certain cases. Assuming Mr. Sessions curtails this power, the number of active cases in immigration court will proliferate. There are an estimated 50,000 administratively closed cases.

Presently, immigration courts are severely backlogged due to ICE’s enforcement through detainers. They will simply lack the capacity to handle the influx of undocumented immigrants previously granted protection from deportation or who lack a criminal record absent adequate funding for additional judges. Clients with claims for relief may be waiting years before their case is fully heard.

Davorin J. Odrcic is an immigration lawyer based in Milwaukee, Wisconsin. He is the author of the Immigration Consequences of Wisconsin Criminal Offenses, which is published by the State Bar of Wisconsin. Davorin is a graduate of Notre Dame Law School. He may be reached at davorin@djovisa.com.

Meissner Tierney to Serve as Sponsor for NEWaukee Night Market

Meissner Tierney to Serve as Sponsor for NEWaukee Night Market