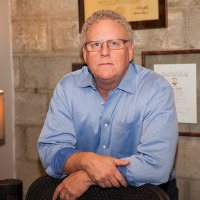 The future of class action litigation in the United States hangs in the balance. Congress is at it again, trying to kill the cure instead of the disease, as the Senate mulls sweeping changes proposed in the Fairness in Class Action Litigation Act of 2017.

Introduced and passed by the U.S. House of Representatives, the pending legislation is positioned as a much-needed elixir for the nation’s court system, which, bill proponents claim, has been stifled by frivolous and improper class action complaints. According to the act, if adopted, the new rules for federal courts would provide “fairer, more efficient outcomes for claimants and defendants” by greatly reducing “abuses in class action and mass tort litigation that are undermining the integrity” of the system.

This is simply wrong.

Opponents contend act sponsor Representative Bob Goodlatte (R-VA) and House supporters have grossly overreached in numerous instances. While they acknowledge the undeniable increase in putative class action filings over the last decade, the counter-argument is that the rise in complaints is in lockstep with the myriad new ways the rights of consumers are being violated in an era of constant technological advancement.

One element of the act that particularly has the American Bar Association and other groups filing oppositions and flooding the offices of senators with calls, emails, and letters is the potential requirement that a federal judge cannot certify a class action monetary relief unless the plaintiff “affirmatively demonstrates that each proposed class member suffered the same type and scope of injury as the named class representative or representatives.”

The perceived impracticality of this rule has plaintiffs’ bar members scratching their heads, as some degree of variance is inherent among class members. Uniformity in damages or extent of is essentially impossible.

Other key changes in the proposed act include:

The proposed law has already drawn strong criticism from, among others, Myriam Gilles of Cardozo Law and Elizabeth Burch of the University of Georgia Law School. Alison Frankel at Reuters also thinks it would “gut class actions” and discourage certain types of civil rights litigation (which was the original intent behind Rule 23, the federal rule approved by Congress that established class action procedures in the first place).

This act would close the courthouse doors to the consumers of this great country and further limit the rights of Americans to seek redress from the wrongs of corporate America. The legislation in the Senate would be the only acceptable outcome.

What Is a Class Action?

Lexology Getting the Deal Through – Litigation Funding: Australia, 2020 Edition

Lexology Getting the Deal Through – Litigation Funding: Australia, 2021 Edition

There’s No Such Thing as a Stupid Idea