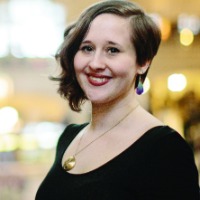 ► Lewin & Lewin: Nathan Lewin (appellate practice; commercial litigation; criminal defense: white-collar; litigation – First Amendment, 1983) is defending Susan Abeles, an Orthodox Jewish woman who was punished by her employer, the Washington Metropolitan Airports Authority, after she took vacation from work to observe the final two days of Passover in 2013. Abeles followed proper protocol and received email approval to take leave for the holiday, but upon her return, she was suspended for five days and had been labeled as “AWOL.” Abeles felt a hostile work environment had been created, which forced her to retire early. Lewin has filed a Petition for Writ of Certiorari on her behalf.

► Miller & Chevalier: The law firm has been awarded the Pro Bono Law Firm of the Year Award at the D.C. Bar’s Celebration of Leadership on June 14. The firm completed over 13,700 hours of pro bono work amongst its staff of 111 attorneys.

► Regan Zambri Long: Patrick M. Regan (medical malpractice law – plaintiffs; personal injury litigation – plaintiffs, 2006) was representing several plaintiffs in a lawsuit against the D.C. Metro and the District of Columbia after an electrical malfunction led a train to fill with smoke in 2015. In the incident, one person died and more than 80 others became sick, making this the first fatality on the train system since 2009 when a crash killed nine people. A federal judge dismissed the case, saying that “first responders were not mandated to take any specific actions that day,” according to NBC, and that D.C. is protected by “sovereign immunity.”

► Buckley Sandler: Andrew L. Sandler (banking and finance law; financial services regulation law; litigation – banking and finance; litigation – securities, 2010) welcomed Marshall T. Bell and Antonio J. Reynolds as partners to the firm. According to Citybizlist, Sandler said, “These are two outstanding lawyers who continually deliver high-quality legal work and exemplify Buckley Sandler’s core principles. We are grateful for their dedication to the firm and our clients.”

► Miller & Chevalier: Anthony F. Shelley (employee benefits [ERISA] law; litigation – ERISA, 2011) has stepped down from his role as chair of the firm after 10 years serving on the executive committee, which included six years as chair. Marc J. Gerson, member and vice chair of the tax department, will take over his role.

► Sedgwick: The law firm received a new honor by Chambers USA as a “Recognized Practitioner” for its construction practice in the District of Columbia.

In the News Feature

Norton Rose Fulbright: Abbe David Lowell (criminal defense: white-collar, 2006) is representing Jared Kushner and has had a confidential relationship with Ivanka Trump as a result of that. Lowell will be representing Kushner as he testifies and is investigated by Congress and Special Counsel Robert Mueller after it was revealed Kushner held meetings with Russian officials before the election.

Once Robert Mueller had been appointed to oversee the investigation, Gorelick said, “After the appointment of our former partner Robert Mueller as special counsel, we advised Mr. Kushner to obtain the independent advice of a lawyer with appropriate experience as to whether he should continue with us as his counsel,” according to The Hill.

At this point, Kushner and Ivanka obtaining lawyers is standard procedure in moving forward in their investigations.

Marc Sorini, Washington, D.C. "Lawyer of the Year" for Food and Beverage Law 2018

In the News: Connecticut

In the News: Texas