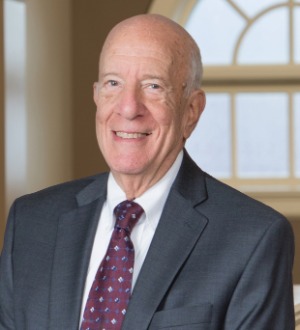 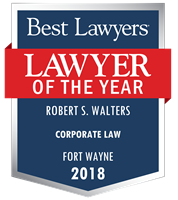 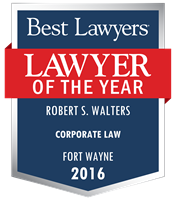 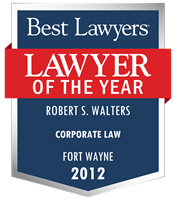 Bob is a Martindale-Hubbell AV® Preeminent™ rated attorney, was included in the 2015 and 2016 Super Lawyers in America® publications, and has been selected for inclusion in the Best Lawyers in America® publication since 2007. He is a member of the Allen County Bar, the Indiana State Bar, and the American Bar associations and a member of its Business Law and Antitrust Law sections. He is actively involved in many community organizations, including the Fort Wayne Downtown Development Trust, the Advisory Committee to the City of Fort Wayne Community Trust Fund, and United Way's Real Men Read program for children in grades 2 and 3. Together with his wife Irene, he is a recipient of the Bill Latz Award from the United Way of Allen County for community involvement.

Bob received his LL.B. from Harvard Law School in 1966. He received his B.A. in 1963 from the University of Michigan in Ann Arbor. He is admitted to practice before the Indiana Supreme Court, the U.S. District Court for the Northern and Southern Districts of Indiana, and the U.S. Court of Appeals for the Seventh Circuit.

*AV® Preeminent™ is a certification mark of Reed Elsevier Properties Inc., used in accordance with the Martindale-Hubbell certification procedures, standards, and policies. The AV rating is a testament to the fact that a lawyer's peers rank him or her at the highest level of professional excellence.