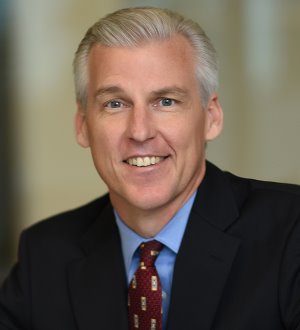 PHILIP E. STROK, a partner of Smiley Wang-Ekvall, LLP, concentrates his practice in the areas of bankruptcy/insolvency matters and business reorganizations. Mr. Strok has experience representing chapter 11 debtors, trustees, secured and unsecured creditors, creditors’ committees, asset purchasers and other parties in the context of bankruptcy cases, out-of-court workouts, and assignments for the benefit of creditors. His representative industries include real estate and construction, apparel, healthcare, manufacturing, transportation, restaurant and food service, telecommunications, and retail.

Mr. Strok received his undergraduate degree in business administration from California State Polytechnic University and his law degree from Southwestern University School of Law in 1993, where he graduated magna cum laude. Mr. Strok was an editor on the Southwestern University Law Review, a finalist in the Southwestern Moot Court competition, and the recipient of the American Jurisprudence Book Awards in Bankruptcy and Legal Research and Writing. He served a judicial clerkship to the Honorable Robert W. Alberts, Thomas B. Donovan, Arthur M. Greenwald, Kathleen Thompson, Geraldine Mund, and Erithe A. Smith, United States Bankruptcy Judges, from 1993 to 1996. Mr. Strok also has experience in state court receiverships, having served as chief of staff of California Resources Group from 1988 to 1990.

Mr. Strok is included in the 2010-2018 editions of The Best Lawyers In America in the specialty of Bankruptcy and Creditor-Debtor Rights Law which appears in U.S. News & World Report. He served as President, Director and is currently a member of the Orange County Bankruptcy Forum. He is also a member of the American Bankruptcy Institute and the Orange County Bar Association. Mr. Strok is admitted to practice in Georgia and California.