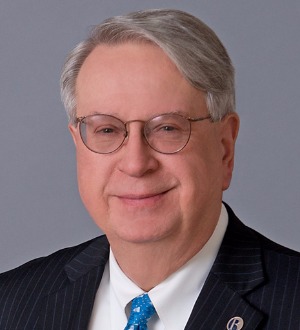 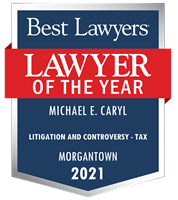 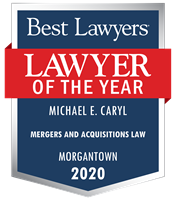 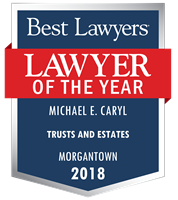 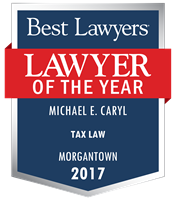 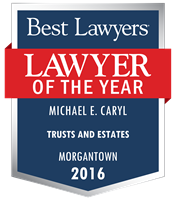 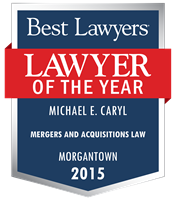 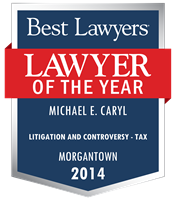 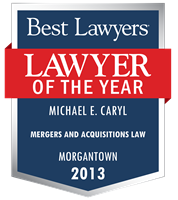 Michael E. Caryl is a senior partner of Bowles Rice, based in the law firm’s Martinsburg office. His primary areas of practice are tax planning and tax controversy work at all levels — federal, state and local. Mr. Caryl served as West Virginia State Tax Commissioner from 1985 to 1988 and was President of the 12-state Southeastern Association of Tax Administrators, 1987-1988. In 2009, he was named a West Virginia Bar Foundation Fellow.

Prior to serving as Tax Commissioner, Mr. Caryl practiced tax law with a Martinsburg law firm for ten years. He has served as chairman of the State Bar Committee on State and Federal Taxation, as President of the West Virginia Tax Institute, Inc. and as the Official Reporter for the West Virginia Law Institute’s 1992 Property Tax Appeals Reform Project. From 1994 through 2002, he served as chairman of the Taxation of Business Committee of the West Virginia Chamber of Commerce. In 1995, he was elected a Fellow of the American College of Tax Counsel. He served as vice-chair of the Governor’s Commission on Fair Taxation (1997‑1999). He is an Income Tax Affiliate Member of the Institute for Professionals in Taxation (IPT).

He taught a course in “State and Local Taxation” as an adjunct lecturer at the West Virginia University College of Law, and he has served on the faculty of the Institute for International Training, Trade and Development, Inc. at Shepherd University, in connection with its Russian Tax Officials Training Program.

Since 2007, Mr. Cayrl has been recognized in The Best Lawyers in America. He was named Best Lawyers’ 2014 Litigation and Controversy - Tax Lawyer of the Year in the northern West Virginia region. He has received an “AV” peer-review rating from Martindale Hubble, has been named in Chambers USA, America’s Leading Lawyers for Business since 2004 and is listed among West Virginia Super Lawyers. He is a member and past President of the Tri-State Estate Planning Council and a member of the Eastern Panhandle Business Association.

Designing, negotiating and defending in court, a payment-in-lieu-of-tax (PILOT) agreement and the related arrangements which were integral components for the development of a $1.8 billion, 700 megawatt merchant electric power generation plant in Monongalia County

Successfully challenging, in litigation, the State’s denial of the sales and use tax exemption for bulk purchases of prescription drugs and appliances which ultimately led to the payment of millions of dollars of refunds to institutional healthcare providers throughout West Virginia. See, Syncor International Corp. v. Commissioner, 542 S.E. 2d 479 (W.Va. 2001).

Advocating, in a case of first impression, a judicial challenge to the State’s use of “economic nexus” as the basis for imposing corporation income tax on multi-state enterprises. Commissioner v. ConAgra Brands, Inc., 728 S.E.2d 74 (WV 2012)