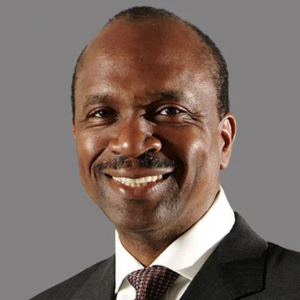 Navigate to map location for Michael D. Jones P.C. Visit the website for Michael D. Jones P.C. at https://www.kirkland.com/lawyers/j/jones-michael-d-pc
Your comment has been submitted!
We have encountered an error and are unable to process your comment at this time. Please refresh the page and try again later.
Add Comment
In making your comments, please do not refer to a pending legal matter.
Share My Profile
Post on Social

Michael has been featured in The National Law Journal's Defense Verdicts of the Year, The American Lawyer's Big Suits section and Lawyers Weekly USA for his successful defense of NL Industries in the first lead paint case to go to trial. His winning record with dispositive motions has been noted by Corporate Counsel magazine, and his experience in defending against punitive damages has been noted by The National Law Journal. In 26 years, he has never lost a punitive damages case. Michael was recognized for his involvement with youth mentoring in the Legal Times article "Happy Returns." He has authored several articles, including "The Opening Statement: Coming Soon to a Theatre Near You," which appeared in the ABA Automobile Law Committee Newsletter, "Lie-tery Winners," which was featured in The National Law Journal, and "Old Assumptions Die Hard," published in the December 2, 2002 issue of The National Law Journal, to name a few.

In 2007, Michael was named a Leading Lawyer, and selected as one of the top 10 business litigation attorneys in Washington, D.C. by Legal Times. In addition, Michael was selected as one of the top 10 trial attorneys in the nation by The National Law Journal in their feature, "Winning: Successful Strategies From 10 of the Nation's Leading Litigators." He was also chosen as one of the 75 Best Lawyers in Washington by Washingtonian magazine. In 2003, Michael was recognized as one of America's Top Black Litigators by Black Enterprise. Most recently, Michael successfully represented NL Industries in a closely watched lead paint case in Milwaukee, Wisconsin, that was the subject of national media attention. He was featured in the American Lawyer's "Top Guns" article, naming Kirkland the "Litigation Department of the Year" in 2008. In 2015, Michael was recognized as Dillard University’s “Male Alumnus of the Year” for his outstanding legal work on behalf of HBCUs.

Michael's cases have been covered by a number of media, including Court TV, The Associated Press, The American Lawyer, Forbes, CBS News, and many others.Less