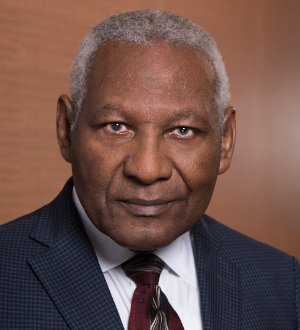 Navigate to map location for John L. Ray Visit the website for John L. Ray at https://www.manatt.com/john-l-ray
Your comment has been submitted!
We have encountered an error and are unable to process your comment at this time. Please refresh the page and try again later.
Add Comment
In making your comments, please do not refer to a pending legal matter.
Share My Profile
Post on Social

John’s record of government service includes roles at the local and federal levels. For 18 years he was an at-large member of the District of Columbia City Council—as acting chairman and chairman pro tempore of the council; chairman of the Consumer and Regulatory Affairs Committee; and member of the Judiciary, Economic Development, and Housing and Human Services Committees. There, he addressed issues including consumer protection; business, insurance and healthcare licensing and regulation; housing regulation; public utilities; and banking.

While on the council, John drafted and steered legislation establishing the Department of Insurance, Securities and Banking as a cabinet-level agency. He also authored some of the District’s most progressive and wide-ranging reform legislation, including a major overhaul of its system for licensing and regulating healthcare professionals and HMOs; significant revisions to laws governing corporations and partnerships; and revisions to laws affecting government regulation of corporations, rental housing and the insurance industry.

At the federal level, John served as law clerk to Judge Spottswood W. Robinson, III of the United Court of Appeals for the District of Columbia, as counsel to the Senate Antitrust and Monopolies Subcommittee and as an attorney-advisor with the Office of Legal Counsel of the DOJ.

87 The Best Lawyers in America® awards

19 Best Lawyers: Ones to Watch® in America awards