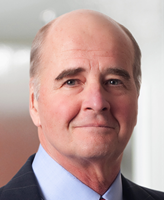 Joe G. Hollingsworth is a nationally renowned courtroom advocate who specializes in trials and appeals and leads a practice of more than eighty-five attorneys. He was named three times for National Law Journal’’s “Top Ten Defense Wins of the Year”. He has conducted over 25 jury trials, appeared in over 40 states, and argued in 9 U.S. circuits and 8 state supreme courts. Mr. Hollingsworth first-chaired defense verdicts for Novartis Pharmaceuticals in the first and second bellwether cases in the New Jersey Aredia/Zometa serial litigation. He served as lead trial counsel for Norfolk Southern in the largest single tort case in South Carolina history, in which a textile manufacturer sought hundreds of millions of dollars in compensatory damages and punitive damages for alleged property damage to its plants following a train derailment and massive chlorine release. He conducted the first jury trial involving allegations that hernia repair mesh causes infertility and secured a defense verdict for the nation’s largest medical device manufacturer. He also tried the first case alleging that the drug Parlodel could cause serious cerebrovascular events in new mothers. The case was tried in Mississippi state court, where he secured a defense verdict that was upheld by the Mississippi Supreme Court. He successfully argued five seminal, widely-cited U.S. circuit court Daubert opinions: Rider v. Sandoz (11th Cir. prescription drug); Hollander v. Sandoz (10th Cir. prescription drug); Glastetter v. Novartis (8th Cir. prescription drug); Conde v. Velsicol (6th Cir. pesticide); and Schudel v. GE (9th Cir. solvents). Mr. Hollingsworth serves on the Georgetown University Law Center Board of Visitors. He is a member of the Board of Directors and the Executive Committee of Atlantic Legal Foundation. He is also is a member of the National Association of Railroad Trial Counsel. Mr. Hollingsworth is named in the 2021 edition of Best Lawyers in America, in the 2020 Washington, DC edition of Super Lawyers, and as a 2020 AV Preeminent Lawyer by ALM Media and Martindale-Hubbell. He is a Fellow of the Litigation Counsel of America, which recognizes excellence among U.S. litigation and trial counsel.