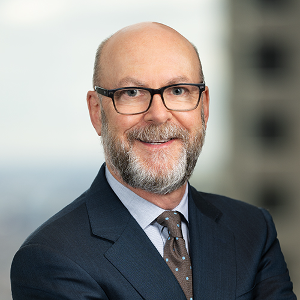 In his civil litigation and white collar defense practices, Ed litigates and tries cases, and argues appeals in both federal and state courts. He also counsels and conducts investigations for clients facing potential civil and criminal litigation, and represents clients in grand jury proceedings. Ed also is General Counsel of the Firm.

Ed spends about half his time counseling and defending individuals and corporations in connection with criminal investigations and civil enforcement actions. Recently, these have included investigations by the Department of Justice, the SEC, the OCC, and SIGTARP. His experience includes representing clients in investigations of securities and other financial fraud, insurance fraud, and criminal antitrust violations. Ed has represented engineering firms, health care companies, and defense firms in grand jury investigations into alleged fraud in their business dealings with the federal government and other public entities. Ed regularly conducts internal investigations for clients and counsels them on compliance with federal criminal law and in connection with disclosures of potential violations.

Ed is co-chair of the Firm’s Pro Bono Committee and devotes significant time to representing clients in various pro bono matters. Some of Ed’s most recent pro bono representations are listed below.