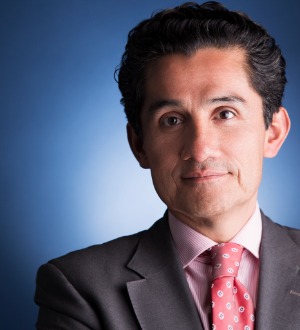 Navigate to map location for Alejandro Santoyo Visit the website for Alejandro Santoyo at https://www.creel.mx/nuestros-abogados/santoyo-r-alejandro/
Your comment has been submitted!
We have encountered an error and are unable to process your comment at this time. Please refresh the page and try again later.
Add Comment
In making your comments, please do not refer to a pending legal matter.
Share My Profile
Post on Social

Alejandro Santoyo is a partner in the Mexico City office. His practice focuses on Tax.

Among others, Mr. Santoyo regularly advises large multinationals banks and global private equity investors and sponsors on acquisitions and investments in Mexico across multiple industries. Most notably, Mr. Santoyo advised Apollo Global Management as lender of a DIP (debtor-in-possession) facility into Grupo Aeromexico S.A.B. de C.V., (“AMX”) in connection to AMX´s chapter 11 procedures in the US. He also advised PROMECAP on its global initial public offering (IPO) of a Special Purpose Acquisition Company (SPAC) in Mexico, which raised US$300 million from Mexican and international investors. Also advising RLH Properties in the direct acquisition of all the shares and interests that OHL hold in the companies that own the Rosewood Mayakoba Hotel, the Banyan Tree Mayakoba Hotel, the Fairmont Mayakoba Hotel, the Andaz Mayakoba Hotel and the Golf Course “El Camaleón” Mayakoba.